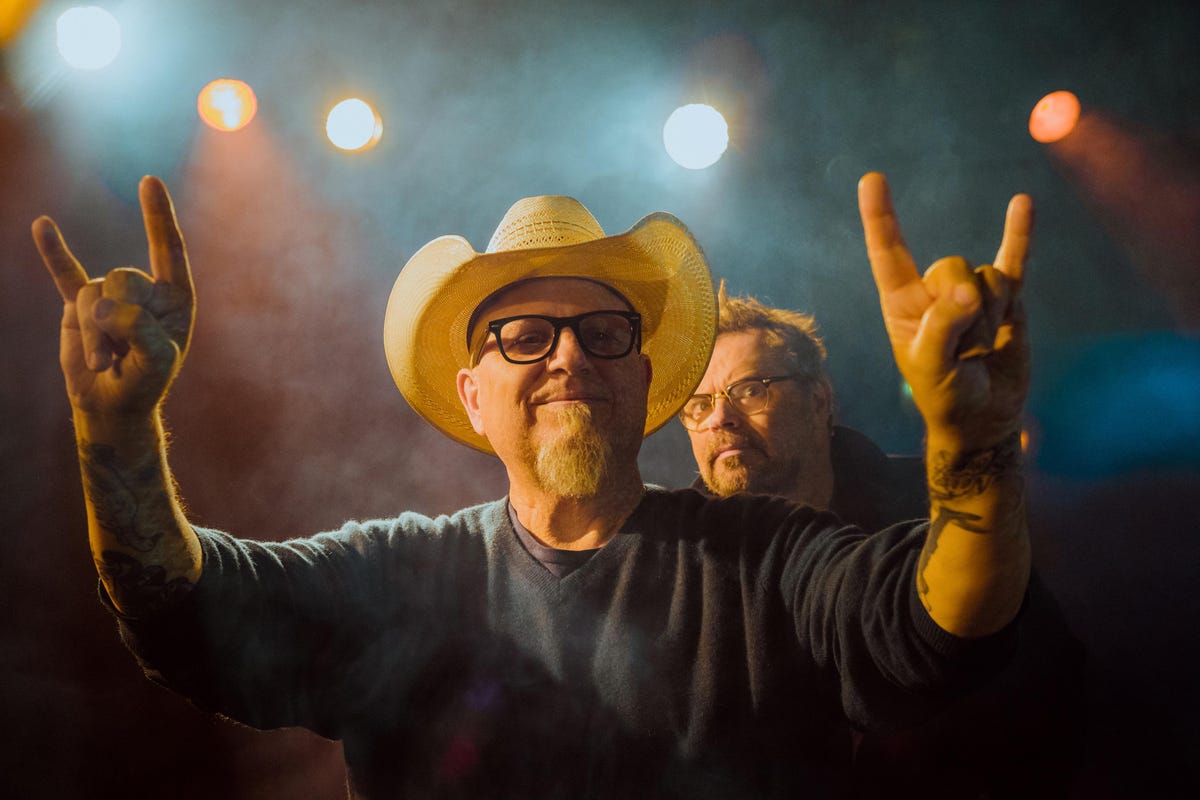 Bobcat Goldthwait has made a career of dissecting what makes tragedy funny. It’s an impressive second act for the comedian, who was once known primarily for that voice (you know the one) and that character (Zed) from that comedy franchise (Police Academy). Joy Ride, directed by Goldthwait, who co-stars with Dana Gould, documents the duo as they travel across the American South discussing everything from their strange friendship, their similar upbringings, and the severe hypocrisies of conservatism.

At the top, the comedians acknowledge the serious car accident that stunted the beginning of the documentary. It left both with injuries, Goldthwait even sustaining a concussion for his trouble. But no matter, just another piece of solid material on stage. At a breezy 70 minutes, Goldthwait and Gould make an immensely watchable pair. “I didn’t know you were crazier then me?” Goldthwait says of Gould at one point. “Oh yeah,” Gould confidently responds. He then goes on to describe an especially low period of time, in which he would convince himself to live the day before killing himself after 5 p.m. Goldthwait replies: “Well, you’re not very good with follow-through.” It’s both brutal and it’s funny, much like both of their lives.

Joy Ride, similar to his documentary Call Me Lucky (about comedian Barry Crimmins), expands upon the common phrase: “You’ve gotta laugh to keep from crying.” Goldthwait posits that one can––and really should––do both. He happily––and painfully––acknowledges his erratic, sometimes mean past adventures. Archival footage backs up his apologies. He also not-so-softly addresses his long-running (and recently re-lit) feud with Jerry Seinfeld. The archives contextualize this quite beautifully. There’s one particularly wonderful punchline cut after Comedians In Cars Getting Coffee is mentioned.

Joy Ride is the perfect example of “less is more.” One imagines there could be a three-hour cut of these adventures, but who needs that? This feels like the best bits from the bunch, and Goldthwait is economical in his pacing. The moment the joke hits, we cut away to the next story or car conversation or show introduction. Gould––perhaps the lesser-known of the two––really shines here, showcasing his acerbic wit and purposeful, pointed pauses. And while much is made of their odd couple-like styles and their sometimes-contentious relationship, the chemistry between the two performers is truly engaging.

Goldthwait established himself as a serious filmmaker with the indie World’s Greatest Dad, featuring a career-best performance from star Robin Williams (who was also a close friend of Goldthwait’s). Provocative work like God Bless America followed, along with a considerable amount of television and documentary directing. Frankly, the non-fiction space is where the filmmaker seems most comfortable. One sincerely hopes this is the first of a handful of comedy docs from the director that explore serious themes while making the jokes needed to keep laughing. As long as there is someone as funny as Gould by his side, it should work. Easier said than done.

Joy Ride is now in theaters and on demand.