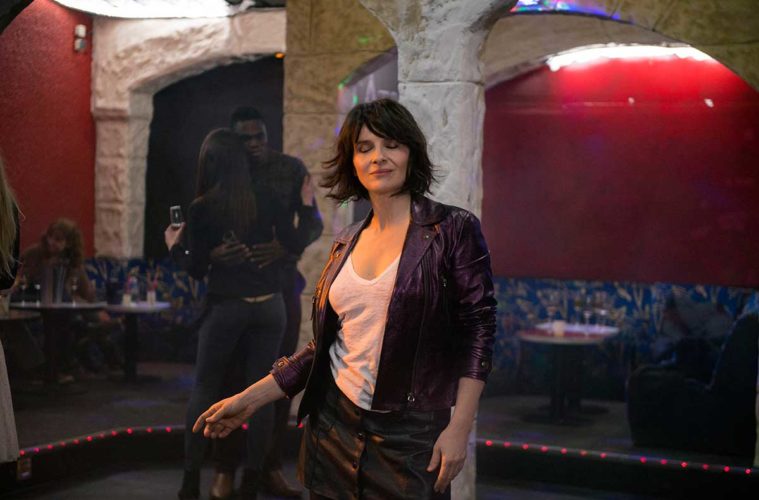 It was another cinematic year of thrilling discoveries and some career-best work from both emerging and beloved auteurs–with much of the finest films arriving before the packed fall season. In fact, in my top 15, only 3 films premiered after September. It also looks like next year may follow suit, so as we turn to the early months of 2019, be sure to keep these on your radar. But first, let’s take a look back at the last twelve months.

It hurt to leave off  Ismael’s Ghosts, Araby, If Beale Street Could Talk, John McEnroe: In the Realm of Perfection, and Zama, but when all is said and done, here are the 15 films that most resonated with me this year (and a bonus mention). Along with the below feature, one can see a vague ranking of all ~160 new films I’ve viewed here, as well as my 100 favorite non-2018 films I watched for the first time here.

The Tale, Paddington 2, The Other Side of the Wind, The Rider, Milla

The year’s best narrative directorial debut follows a young protagonist and the repercussions of trauma which won’t be felt for years. Rather than wallow in a bleak perspective, Carla Simón shows us the child-like joy and wonder within Laia Artigas’ Frida as she finds a new home in the Catalan countryside while still processing the death of her mother. Summer 1993 expertly shows the restraint of emotions that can build, the effects of which they aren’t able to fully express. It also has the most unexpectedly cathartic final scene of 2018.

From The Ballad of Buster Scruggs to Damsel to The Sisters Brothers, there was no shortage of revisionist westerns this year, but the best of the bunch takes the title of genre and offers a character study rich with understated complexity. The latest drama from Valeska Grisebach, hailing from the fruitful group known as the Berlin School, follows German construction workers who take on a job in the Bulgarian countryside full of complications. Through the specificity of this locale, Western breaks down over-bearing masculinity and territorial allegiances in thrilling ways, carried by a riveting performance from non-professional actor Meinhard Neumann.

Few cinematic experiences were as transportive as Alice Rohrwacher’s latest film, which follows a group of farmers who learn they are being exploited, only for a radical shift to occur. The world of Lazzaro is one of tactility and dreamlike beauty with the feeling that anything can happen around the frame’s corners, even a time jump of decades, as does occur. The optimism of our protagonist is tied wonderfully with the cinematography, which evokes Rohrwacher’s passion for the majesty to behold all around us.

In Minding the Gap, Bing Liu takes a gut-punchingly personal look at his past and the demons both in his life and those of his friends–and how skateboarding was a salve to heal the pain. Although only a debut a film, it is a masterful depiction of the heartbreaking effects of a damaged childhood. Even if skateboarding is a way into the story–just as it was a connecting factory for the friendships here– the film’s power lies in its reveals as we get deeper and deeper into the past, so the less you know the better.

With a blockbuster filmmaking factory that feels more and more like assembly line products, it’s remarkable that one of the longest-running franchises can feel fresh with each outing. The latest–and perhaps greatest–Mission: Impossible film is not only a feat of high-wire feats of intense physicality and choregraphy, but Christopher McQuarrie also brings a visual sleekness and a winking self-awareness to the script. As Tom Cruise’s Ethan Hunt grapples with the wear-and-tear of the job he finds the perfect powerhouse nemesis in Henry Cavill’s August Walker aka John Lark. Seeing this in IMAX was the most intense theatrical experience of the year, and the fact that it holds up after numerous viewings at home speaks to its rewarding level of pure entertainment.

Paul Schrader has been making films for decades, and each one of them feels like a stepping stone to First Reformed. His patiently powerful tale of an upstate New York preacher embattled with yearning questions of faith and a dismal prognosis for the future of the planet is one of the sharpest-written and -directed dramas of the year. How do we grapple with a world that is moving further and further away from God’s intentions for humanity? Schrader so precisely crafts a film not of definitive answers to this question, but of riveting conversations and quandaries that seem eternal in the journey of mankind.

Expectations are continually upended in the films of Andrew Bujalski, whether it be a narrative left turn or a simple character reaction, but what stays continuous is his sense of offbeat humanity. This is particularly the case with his finest film Support the Girls, a snapshot of the camaraderie and struggles found amongst working-class restaurant colleagues in small-town Texas. Regina Hall leads the group in a career-best performance of boundless empathy, while the supporting cast is full of memorable stand-outs, notably Haley Lu Richardson and, in her first role, Shayna McHayle aka Junglepussy.

One knows they are in the hands of a masterful director when one is thoroughly gripped during a two-and-a-half-hour film, a journey in which each scene is burning with undefinable mystery as major narrative developments are few and far between. For his Murakami adaptation Burning, Lee Chang-dong departs from the sole female-led character studies that made up his brilliant previous pair of films and settles into a mode of existential thrills and elusive commentary on loneliness, youth, and the class divide. Even though I admired it on first viewing, it’s the film that has most stuck with me and grown in my estimation in the months since.

2. Let the Sunshine In (Claire Denis)

In a career full of stellar performances, Juliette Binoche raised the bar once again in Claire Denis’ tender, humorous exploration of the yearning for connection. More or less a string of encounters with increasingly disappointing men, Binoche plays off each of them in subtly enthralling ways. Shot while Denis and Binoche were waiting to film High Life her character in the forthcoming sci-fi film also plays like the inevitable result of the years of romantic frustration found in Let the Sunshine In. In a year when it was purported that Netflix brought back the rom-com, leave it to Denis to deliver the most poignant one in recent memory.

As a swan song, there aren’t many as beautifully somber as Abbas Kiarostami’s window into his soul. In 24 Frames, it is overwhelming imagining each offering as one’s final glimpses of the world—bleak isolation clashing with graceful nature. As the late Iranian filmmaker questions and plays with the very foundations of what we perceive filmmaking to be, it builds to a superb, chilling farewell and a towering culmination of a life’s work.

How can you improve upon one of the greatest films of all-time? Terrence Malick’s “Extended Version” of The Tree of Life–188 minutes long and now available on The Criterion Collection–is less a radical reinvention and more a gratifying expansion, giving a deeper imprint to various threads of the original, ultimately sculpting a more affecting, fleshed-out picture of a story that remains boundlessly evocative in its ambition. Read my full feature.