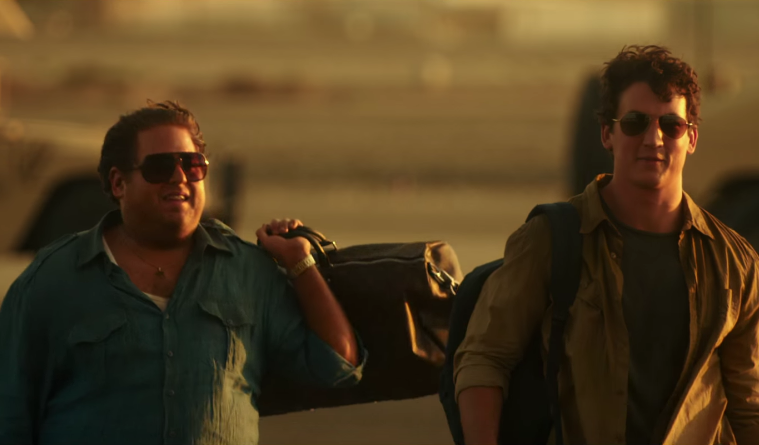 Also witnessed as The Hangover trilogy reached its conclusion, Todd Phillips is looking to inject some more drama into his comedies. For his latest project, he’s adapted Guy Lawson‘s Rolling Stone article (now book) titled Arms and the Dudes, centering on David Packouz and Efraim Diveroli, both of whom were awarded a contract of $300 million by the Pentagon, which would be used to give munitions to American allies in Afghanistan.

Led by Jonah Hill and Miles Teller, the first trailer has now dropped, set to be attached to WB’s Batman v Superman this weekend. Packing a good amount of bro-heavy laughs, perhaps this will be one of the recent war-centered dramedies that actually works, even if it looks a bit Wolf of Wall Street-lite. Also starring Ana de Armas and Bradley Cooper (who serves as a producer), check out the trailer and poster below.

Based on a true story, “War Dogs” follows two friends in their early 20s (Hill and Teller) living in Miami Beach during the Iraq War who exploit a little-known government initiative that allows small businesses to bid on U.S. Military contracts. Starting small, they begin raking in big money and are living the high life. But the pair gets in over their heads when they land a 300 million dollar deal to arm the Afghan Military—a deal that puts them in business with some very shady people, not the least of which turns out to be the U.S. Government.