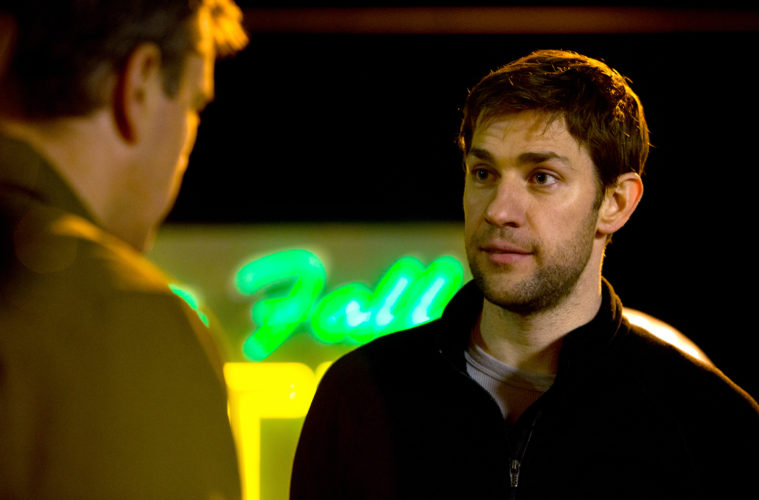 With The Office closing up shop, one expected John Krasinski to dive into features much like his co-star Steve Carell, who had quite a headstart. But with only a voice role in Monsters University this year, news has been quiet on where the actor will head. Today, however, he’s joined one of the finest ensembles Hollywood is currently putting together.

According to THR, Krasinski has been added to Cameron Crowe‘s next project, which already has rounded up Bradley Cooper, Emma Stone, Rachel McAdams, Alec Baldwin, Bill Murray, Danny McBride and Jay Baruchel. The story follows a military contractor (Cooper) asked to launch a military satellite over Hawaii — a task requiring him to work alongside a liaison (Stone) tasked with obtaining approval from the island’s spiritual leaders.

Krasinski will play a member of the military who is now married to McAdam’s character, Cooper’s ex-wife. One can expect Sony to release the project later next year, as the shoot currently continues on location in Hawaii.

What do you think of the latest addition?