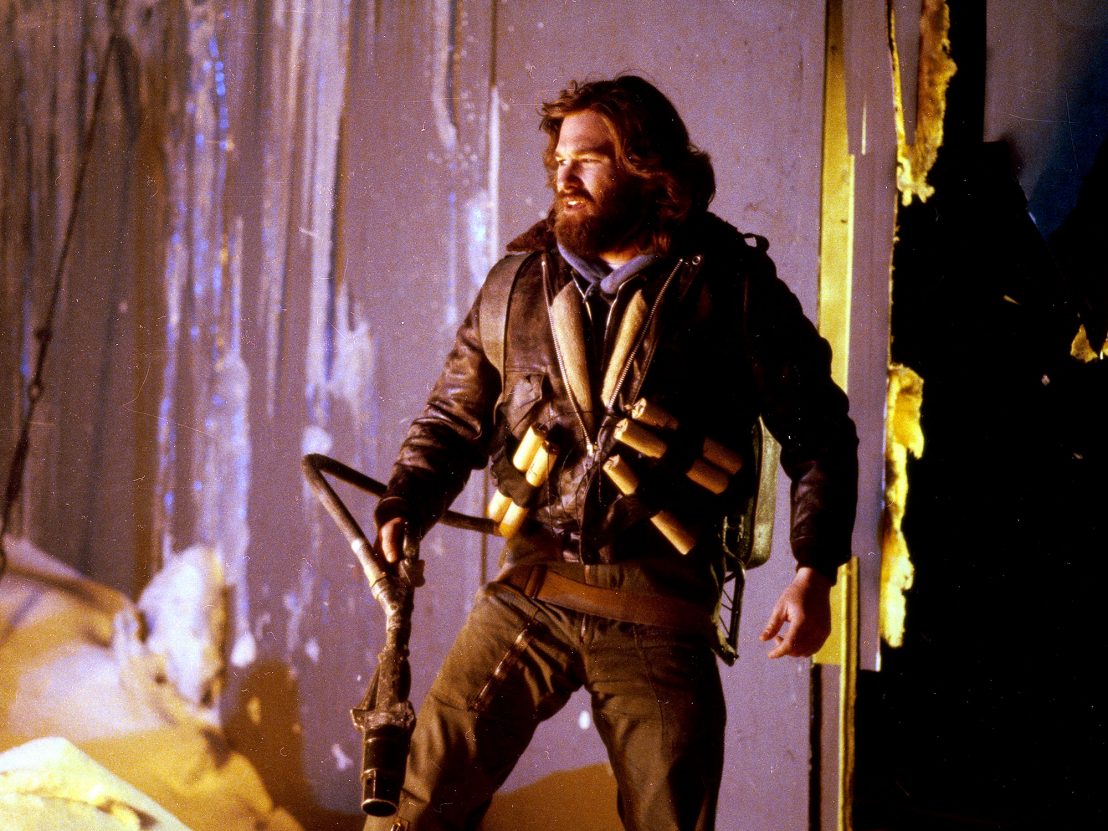 Let’s dispel the boilerplate ruminations on John Carpenter maybe, likely never directing another movie. Not enough that a retirement-of-sorts watching basketball (when it still aired) and playing video games is well-earned—it’s only retirement-of-sorts when his musical output has gone from habit to second career. A frutiful one, too: there’s the excellent Lost Themes albums from 2015 and 2016, a thrilling retrospective (Anthology) in 2017, 2018’s Halloween soundtrack, and now a curious addendum to (arguably) his most-beloved film.

“Ennio Morricone composed the magnificent score for my movie THE THING. Because we weren’t finished editing the movie, Ennio had to score without seeing a complete picture. When we put everything together, there were gaps dramatically where I would have wanted music. So I went off and scored a couple of simple pieces that filled in.”

With original masters gone, the Carpenter-Davies-Carpenter trio have re-recorded the music, and Sacred Bones Records released it this week on vinyl only. While it’s already sold out, one hopes more copies are made available soon; in the meantime, check out the art by Phantom City Creative while we also await a digital premiere.

To hold you over, here’s Carpenter’s once-rare short film Captain Voyeur, produced while studying at USC and recently made available online.