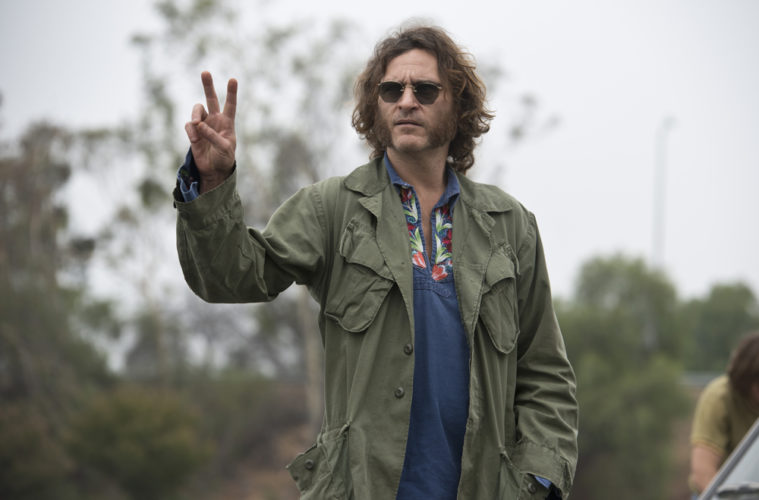 Joaquin Phoenix Gets Paranoid In Alternate Poster For ‘Inherent Vice’ While we dive deep into Hollywood’s poster offerings each month, looking at the best and worst studio-produced one-sheets, it’s time to put our money where our mouth is. At The Film Stage, we believe that if some care is taken, a poster can be a distinct creation onto itself to be observed and admired. Today is the return of our monthly feature, Alternate Art, in which the talented designer Midnight Marauder creates an original, alternate poster for one of the month’s releases.

This month is for Paul Thomas Anderson‘s fantastic Inherent Vice which hits theaters nationwide today and follows Joaquin Phoenix’s character of Doc Sportello and his paranoia-drenched quest to uncover a mystery all while meeting a host of characters. This is reflected in the art which can be seen below, and one can read our review, interviews with the cast, and more here. Inherent Vice is now in theaters. As a bonus, watch a 20-minute interview with Anderson: