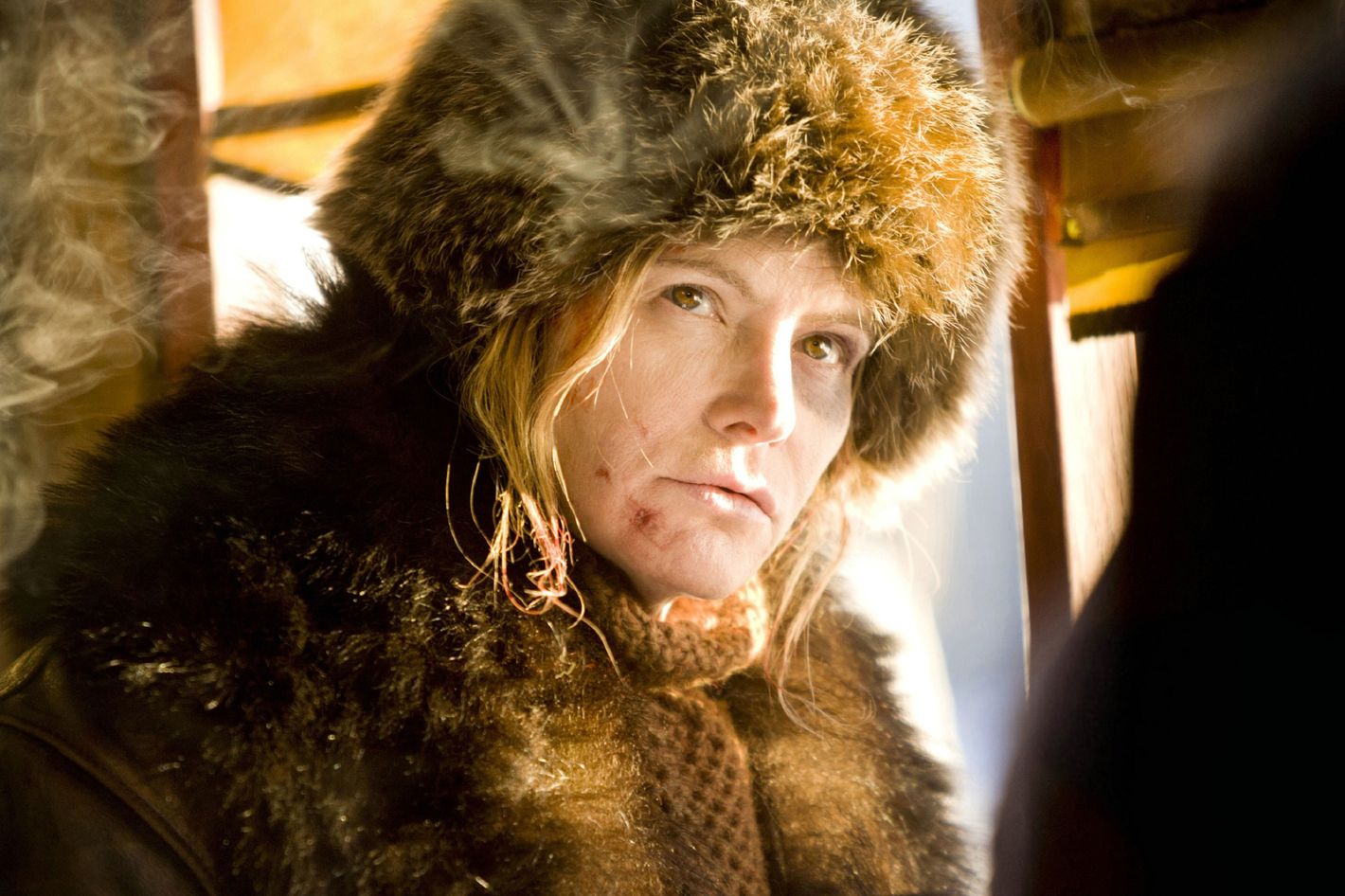 Last fall we learned that Quentin Tarantino would be returning to the world of Once Upon a Time in Hollywood with a 224-page novelization. Said to offer “a fresh, playful and shocking departure from the film,” according to the publisher Harper, it will now arrive next month as a mass market paperback, akin to the director’s pulp paperback favorites, alongside e-book and digital audio editions. A deluxe hardcover edition will then be released in fall 2021.

Ahead of its June 29 release, we’ve now learned who will be providing narration for the audiobook version and it’s not a cast member of Once Upon a Time in Hollywood, but rather The Hateful Eight star Jennifer Jason Leigh. Clocking in at 11 hours, the audiobook is now available to pre-order here. We’re greatly looking forward to seeing how one of Tarantino’s best films translates to book form and Jennifer Jason Leigh performing as Rick, Cliff, and the rest of the Hollywood players is too good to pass up.

“He just sees you and what you’re capable of. That’s such a blessing, and it really made me remember who I was as an actress; I just had forgotten,” Leigh told The Guardian about working with Quentin Tarantino. “Not in a bitter or sad way; it was just like I didn’t feel particularly meaningful or relevant right now. I was OK with it, I had other things going on and that’s fine. It’s just the way things go. This is really remarkable for me. Honestly, I still look at the poster for The Hateful Eight and I can’t believe I’m in the movie. I love it so much and the experience was so grand. It really was exceptional.”

See the synopsis for the novelization below.

Quentin Tarantino’s long-awaited first work of fiction – at once hilarious, delicious, and brutal – is the always surprising, sometimes shocking, novelization of his Academy Award winning film.

RICK DALTON – Once he had his own TV series, but now Rick’s a washed-up villain-of-the week drowning his sorrows in whiskey sours. Will a phone call from Rome save his fate or seal it?

CLIFF BOOTH – Rick’s stunt double, and the most infamous man on any movie set because he’s the only one there who might have gotten away with murder….

SHARON TATE – She left Texas to chase a movie-star dream, and found it. Sharon’s salad days are now spent on Cielo Drive, high in the Hollywood Hills.

CHARLES MANSON – The ex-con’s got a bunch of zonked-out hippies thinking he’s their spiritual leader, but he’d trade it all to be a rock ‘n’ roll star.

HOLLYWOOD 1969 – YOU SHOULDA BEEN THERE

“In the seventies movie novelizations were the first adult books I grew up reading,” says Tarantino. “And to this day I have a tremendous amount of affection for the genre. So as a movie-novelization aficionado, I’m proud to announce Once Upon A Time In Hollywood my contribution to this often marginalized, yet beloved sub-genre in literature. I’m also thrilled to further explore my characters and their world in a literary endeavor that can (hopefully) sit alongside its cinematic counterpart.”

Once Upon a Time in Hollywood (the novel) arrives on June 29. Pre-order here.