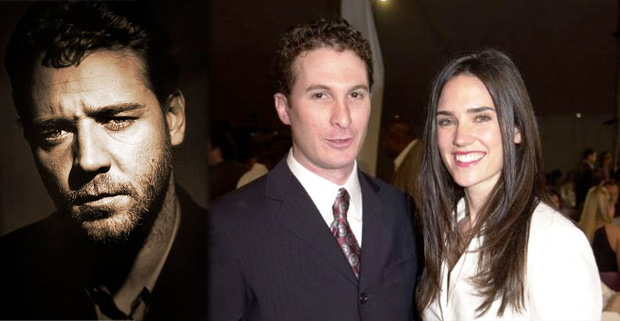 With a release date finally set and a lead secured, more casting is coming in for Darren Aronofsky‘s big-budget, edgy re-telling of the Noah story. The Tracking Board is reporting that Aronofsky’s Requiem For a Dream star Jennifer Connelly has begun negotiations to take the female lead in the film. She would play Russell Crowe‘s wife, Naameh. This would also mark another re-team for the actress, after playing Crowe’s love interest in A Beautiful Mind.

Reports also indicate that Paramount wants Saoirse Ronan for a supporting role. If I recall from my early Sunday school days, Noah had three sons who each had wives. Considering there aren’t many other human characters in this story, I’d have to assume she’d be considering one of those roles.

Aronofsky wrote the screenplay with Ari Mandel, deciding to portray the titular Biblical hero as “a man who loves Earth and all of its animal inhabitants, but has become disillusioned with the way humans have treated their planet.” It is also said to focus on Noah’s alcoholic tendencies and there is even a part for an antagonist who is against the ways of our title character.

With a string of recent disappointments (Salvation Boulevard, The Dilemma, Virginia, Creation), Connelly honestly hasn’t had a decent role since possibly Blood Diamond and Little Children before that. Here’s hoping this next collaboration with Aronofsky will help things out on that front.

Production begins this July for a March 28th, 2014 release date.