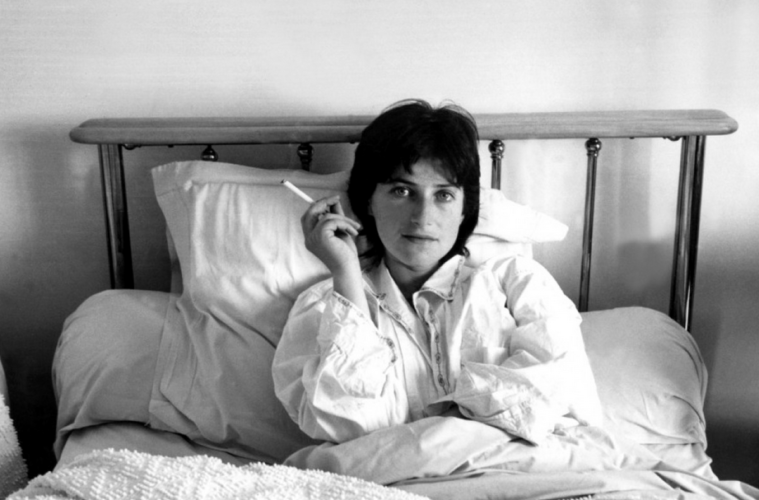 ‘Jeanne Dielman’ Director Chantal Akerman Dies at 65; Watch a Collection of Her Work

So impressive was the output and so titanic was the presence of Chantal Akerman that news of her death, despite being about as current as any such notice could get, has already sent peals of shock, sadness, condolences, and tributes across the film world. How to come to terms with her absence? How to contextualize a force that’s absolutely unprecedented? Born to Auschwitz survivor Natalia Akerman — whose experiences would be a key influence on several efforts, including this year’s No Home Movie — she was, at only 15, inspired to enter the filmmaking fray after a viewing of Pierrot le Fou. Regardless of the extent to which Godard’s film feels like a siren for those who wish to think differently about the form, any influence is hard to comprehend when the art she would go on to create didn’t — still doesn’t; will never — feel like anyone’s predecessor or equal.

Akerman’s career is forever marked by 1975’s Jeanne Dielman, 23, Quai du Commerce, 1080 Bruxelles, a masterpiece that, despite being like no other, is a Rosetta stone for much of the “slow cinema” aesthetic that dominates prestigious festivals and significant oeuvres. More than one of the most influential, most deliberate, and greatest films ever made, it also holds the distinction of premiering when its creator was 24 years old and had only one completed feature under her belt. (This distinction is all the more baffling when one has full sight of the picture. It’s no coincidence that coming to terms with it and putting its effects into words has often been considered one of the largest challenges of film writing.) And yet, like Citizen Kane — to which it is often likened — Dielman has the effect of looming over everything else its young creator would subsequently produce.

The possibility that Akerman’s death is a result of suicide, and one related to creative frustration at that — The New York Times tell us No Home Movie‘s booing at Locarno ended up “devastating Ms. Akerman, who friends said had been in a dark place of late, and who had previously suffered emotional breakdowns” — perhaps (perhaps) lends a darker shade to that legacy. Whatever the cause — and I don’t really wish to speculate on something that’s not yet confirmed — it is now especially necessary to navigate interested parties towards work that can be seen right now and, in many cases, for free.

Embedded are some YouTube-supplied shorts, two of which — her directorial debut, Saute ma ville, and the hypnotic La Chambre — put her front and center; following this are features for Hulu subscribers to access. (Note: Fandor users may also stream her 2000 feature La Captive.) With Dielman, News from Home, Les rendez-vous d’Anna, Hotel Monterey, and Je, tu, il, elle — featuring her in as fearless a performance as any director has ever given (yes, she does tend to to inspire these tall-standing statements) — also included, it’s a proper sampling of a talent at the peak of their powers.

Every second is worth watching, though my heart especially goes to News from Home, a definitive document of loneliness, guilt, nostalgia, communication, and urban living. (The fact that it was captured with a foreigner’s eye is, I think, essential to how the film illustrates New York City in a completely free, open way.) That more isn’t available in any readily accessible format is a shame, so it’s my hope that the final video — a career retrospective, Too Far, Too Close, which showcases a lively and open Akerman — will also help highlight the mark left by this incredible, deeply missed artist.