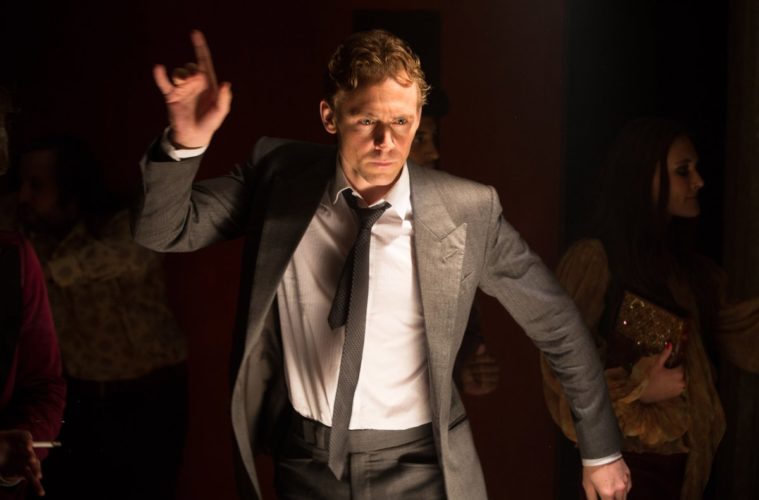 Dare I say 2016 feels like a throwback to the stellar work of great auteurs doing their thing in the ’70s without fear of never working in the industry again? We have the science fiction, horror, and western genres all finding their way into awards conversation, and the best dramas have proven themselves to be both timeless in emotion and wholly contemporary when contextualized against our world’s state of political flux. Cinema has not only found a way to resonate in an inclusive manner; it’s also transcended surface appearances to start conversations we desperately need.

To my mind, there are six four-star films on this list, along with more than a few that could easily add a half-star to equal them. My inability to include La La Land, American Honey, and Captain Fantastic only proves that talk of 2016 being sub-par is completely unfounded. Once I catch-up to some foreign favorites (e.g. Toni Erdmann, Kaili Blues, Aquarius, and Your Name), I may have to remove some of the below titles, too.

If you’re willing to travel outside your usual genres and open your hearts and minds to work from those different than you, cinema has rarely been better than it is now. And with the state of affairs internationally being what they are, art will continue to thrive with complexity, beauty, and an intuitive means to engage humanity in ways that allow us to learn and evolve.

I think writer/director Asghar Farhadi is getting better with time. His Oscar-winning A Separation may have put him on the map (his previous two films only found stateside release afterwards), but I’d argue he bested it with his follow-up The Past in 2013 and yet again this year with The Salesman. A searing relationship drama depicting the rapidly forming cracks tragedy reveals without sympathy, Farhadi exposes our propensity to let vengeance overshadow compassion. Set in the patriarchal system of Iran and Islam, a crime committed against his wife consumes an otherwise good-natured man. An objectively simple situation of victim and perpetrator becomes insanely more complex as ideas about the form and supplier of justice test our capacity for empathy.

9. Hunt for the Wilderpeople (Taika Waititi)

Before he explodes next year thanks to the Marvel machine and Thor: Ragnarök, Taika Waititi presents the feel-good movie of 2016 with Hunt for the Wilderpeople. I still find myself randomly singing the “Ricky Baker Birthday Song” because it’s literally impossible to forget this story’s comedy-infused heart. A hilarious adventure with two of the unlikeliest of friends, this journey through the bush has seemingly disappeared from the awards conversation despite three performances worthy of at least a mention (Julian Dennison, Sam Neill, and the scene-stealing Rachel House). The first to admit how my tastes never fail to skew towards the heavy and depressing, it’s been an absolute joy to tell everyone I know about this flawless delight.

I rewatched David Mackenzie‘s Hell or High Water to see whether I was rating it too high only to wonder the exact opposite. Impeccably made, acted, and paced, this western forces us to root for criminal and Marshall alike. Screenwriter Taylor Sheridan bottles an authentic country flavor at the border of right and wrong with a good man doing bad things for just reasons. It’s funny, heartbreaking, and exhilarating (despite its slow burn) in equal measure, its pieces falling as though fate was their only guiding hand. As politically charged as it is slice of harsh life, this weathered piece of Americana depicts the lengths a father will go to provide his children their streets paved in gold.

By far the number one horror film of 2016, Robert Eggers‘ The Witch is all mood and atmosphere. The sheer skill to create it of the time period with natural light and researched costuming/sets is enough to make it laudable, but the way in which it weaves its yarn of mystery and terror with a fantastical nightmarish tint renders it unforgettable (if you’re willing). The climactic reveal cementing whether or not what we’ve seen is vision or reality proves a bone-chilling delight, its cinematic pan from right to left eerily surprising yet thematically perfect. It’s one more wonderful example of humanity’s inherent evil through mistrust, zealotry, and fear. Love’s purity is no longer enough once pitted against self-preservation.

No documentary about race in America is more important than Raoul Peck‘s I Am Not Your Negro. James Baldwin‘s writing depicts an experience at a time of great unrest and great change, but as his words progress we learn just how little has actually been altered besides our landscapes littered with tombstones of leaders and voices for equality cut down. This film is a living, breathing thing that provides a reality we as a nation have still yet to reconcile. It paints a picture of the fallacy of freedom we’ve condoned for far too long. It eloquently describes a broken system in desperate need of rehabilitation. And I’m not talking about the US government — I’m talking about humanity.

Pablo Larraín has married non-fiction and fiction together throughout his career whether in the background (Tony Manero, Post Mortem) or foreground (No, Neruda). Sometimes the scripts he’s helmed play with truth for dramatic resonance and others let the immovable permanence of fact carry its own emotional weight. Jackie exemplifies the latter, it’s ubiquitous subject unalterable except through perception. We’ve often watched JFK’s assassination from Zapruder’s viewfinder, but now we experience it alongside the one American who felt it most. And beyond score, cinematography, or impeccable art direction is a performance by Natalie Portman that epitomizes strength. Her Jackie Kennedy is fearless, angry, and human. Her grief leads into action — tears waiting until country, legacy, and hope are restored.

Intelligent science fiction comments on our world as it is now while transforming it into something profoundly different. It injects reality with a sense of the “other” and watches as humanity reacts with fear and/or empathy. Arrival does this and more without ever leaving a single isolated location in Montana. Ted Chiang‘s story (beautifully adapted by Eric Heisserer) distills our drive for war, power, and control into a conversation. He inquires about the price of a life — any life — and whether it’s high enough to accept a stranger on faith. Until we realize our soul’s value beyond borders, appearance, or language, our extinction is never far away. And it will arise from our inability to know we’re all the same.

3. Manchester by the Sea (Kenneth Lonergan)

Grief is an emotion movies hope to bring to life and almost never do justice. Kenneth Lonergan‘s Manchester by the Sea is therefore a welcome exception to this rule, piling tragedy upon tragedy seemingly without even one false step. We’re talking divorce, disease, death of young and old, and small details you wouldn’t think to imagine like frozen chicken causing a panic attack. He draws a man lost and unable to find himself (Casey Affleck in his finest performance to-date) without a knee-jerk desire to uncover a solution whether authentic or clichéd. Life unfortunately rarely provides the answers we ultimately need. Present, tangible love is pure and strong, but it cannot compete against a love gone too soon.

Eight million dollars. That’s the budget of Ben Wheatley‘s wild ’70s romp High-Rise, a brilliantly adapted (by Amy Jump) descent into madness of J.G. Ballard‘s seminal novel. Nothing about the film shocks me more because of its stellar cast, impeccable art direction, and sheer scale of themes, visuals, and dystopian nightmare. It’s no surprise that shades of Terry Gilliam’s gonzo epic Fear and Loathing in Las Vegas and masterpiece Brazil come to mind — the torch of directorial vision making mountains out of molehills has been passed. My review called it “dense, hilarious, and timelessly prescient,” and I stand by those words. This is an intellectual revolution of feral creatures rejecting the status quo. This is America circa 2017.

Stories — whether black, white, or other — always have the potential to transcend race, economics, and environment to hit on a deeper level, stripped of labels, known as universal humanity. Barry Jenkins‘ Moonlight does this. I’m not black, gay, or poor, yet I saw myself in Chiron’s struggle for identity within a world trying to exclude him. He’s betrayed and bullied, but never broken. We never grow to become quite what we expect, despite forever remaining a manifestation of our individual pasts. Nothing reveals this truth better than Trevante Rhodes‘ portrayal of Chiron in this time-warp triptych’s final third: wholly different from the boy met an hour previous, and identical to his core.