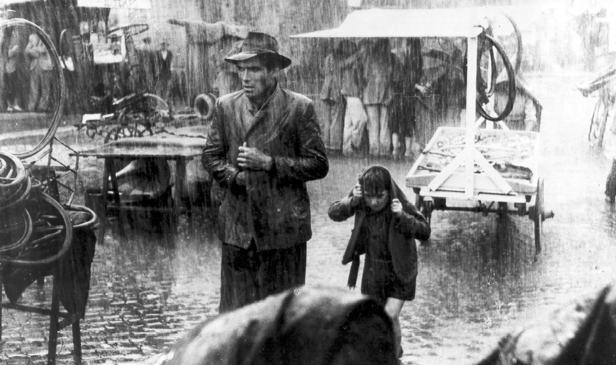 Although dozens of films have borrowed from Vittorio De Sica‘s 1948 Italian neo-realist classic The Bicycle Thieves (see last year’s Chris Weitz drama A Better Life), a group of African filmmakers are set to formally remake it. The original, translated to The Bicycle Thief here in the US (a topic whose implications can be argued ad nauseum among cinephiles), follows a poor man and his son on the search for his stolen bicycle.

Now Ugandan director Donald Mugisha is set to direct the remake on location in his home country with a few plot alterations. Bringing it to contemporary African culture, the film will be titled The Boda-Boda Thieves, referring to the bicycle-taxis commonly used for transportation there. Filmmakers also remarked how similar the environment of urban Africa is to desolate post-war Italy, where the original is set. Already receiving funding from the World Cinema Fund, the Hubert Bals Fund, the Global Film Initiative, and the Rotterdam and Berlin film festivals, the film has undergone location scouting and casting  while awaiting the remaining 40% of its $530,000 budget.

Although many would cry blasphemy at such a remake, there are been a plethora of directors that have explored similar themes. I consider the original to be one of the greatest films ever made, but even looking at other classics from directors like Satyajit Ray, this isn’t new territory. Here is hoping these filmmakers can execute a worthy update, as they have wonderful source material to work with. Check out a quote on their intentions below, followed by an interview for the film aiming to being production this June. [Variety]

“We needed to pay homage to this film, and the filmmakers of that era. They were the first guys who took the camera out of the studio, and showed the gritty reality of life that wasn’t glossed over on Hollywood studio sets.”

Do you approve of a Bicycle Thieves remake?