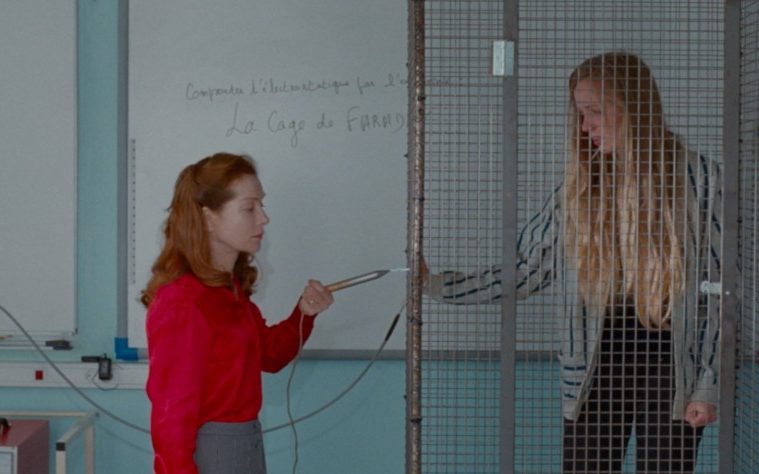 In a career full of peaks, Isabelle Huppert came off the highs of Elle and Things to Come with some remarkable follow-ups. Following her Hong Sang-soo reteam Claire’s Camera, this spring also saw the U.S. release of another praised drama from last year’s festival circuit: Mrs. Hyde. With a twinge of the supernatural, Huppert reunited with Serge Bozon for a new take on The Strange Case of Dr. Jekyll and Mr. Hyde, this time following a science teacher who gets involved in a laboratory accident. If you missed it in theaters, it’ll now get a VOD release this week, and we’re pleased to present an exclusive clip, which finds Huppert’s character doing an electric classroom experiment.

In our review from Locarno last year, Rory O’Connor said, “Mrs. Hyde, a socially bellicose, darkly humorous farce with aesthetic and spiritual echoes of both giallo horror and recent Kaurismäki, is the latest work of film critic-turned-actor-turned-director Serge Bozon. He’s a filmmaker who has, in the past, used similarly absurdist tropes — although never through such a playfully pseudo-supernatural façade — to talk about issues of class and gender politics in contemporary France, evidenced in Tip Top (also with Huppert) and La France.”

See our exclusive clip below.

Mrs. Hyde arrives on Digital and On Demand this Tuesday, June 19.