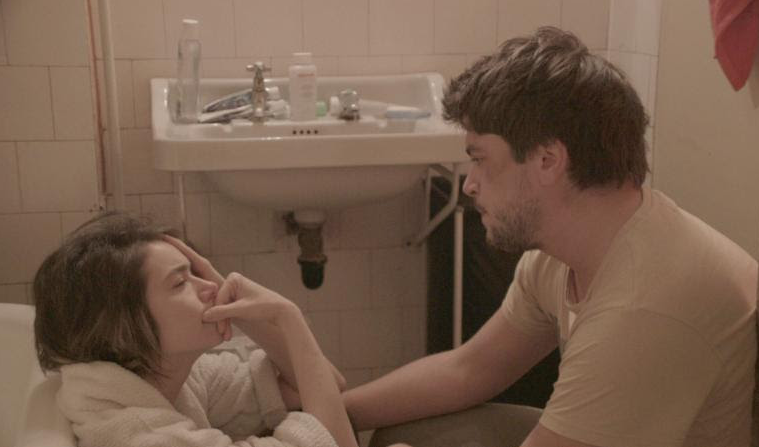 Illegitimate, helmed by Adrian Sitaru, is a dark exploration of family that stands along recent notable Romanian titles. The debate over abortion unfolds across the dinner table between a father and children here in Sitaru’s film. Gradually, these beliefs are tested by the acerbic secrets the family has kept for too long. Using only first takes and improvisation, Sitaru has crafted a daring film that pushes his ensemble and the audience into uncomfortable confrontations. We talked to Sitaru about the unique process of making Illegitimate, the jazz-like quality of the film, and how the film is merely the start of a larger conversation about cinema and society.

The Film Stage: Is this your first time in Berlin?

Adrian Sitaru: No actually I came in 2010 or 2011 with a short film in competition The Cage, it’s called. And it won the main award, it was the DAAD award, and it was nice, because the work means living and staying three months in Berlin, which is beautiful.

Illegitimate, so what’s the starting point for it? It is almost like a stage play or literary.

It was a long story because in 2013, Alina Grigore, the main character Sasha, came to me with some students because she has a kind of private school for actors, or workshop with actors, and with a kind of theatre play with the text. I said, “Yeah, let’s do something with this, just some workshop at first,” and then I said, “Okay, let’s do a film.” They built the characters from that text and that remains in the film, nothing else. My challenge is to do the film, the filmmaking a bit different. It was my challenge to somehow not have a script. I mean to be more close to documentary, like explorational documentary, and working I found out two specific things to be a more realistic film. For me it was a bit frustrating even when I saw many beautiful films. I wanted somewhat to give the actors the chance to put their beliefs and principles. So we built fictional characters and this we worked for maybe one year and a half.

It was important for me to know everything, from where they were born to their relation between them, when the mother dies, when they suffer, the whole experience and somehow all of them to know each other, how they are connected. So it was like a real family, but a fictional family and they did many exercises. They stay sometimes, without filming, in the same house building the character for ten days. Then for me it was two simple things that I did because what my concept was what is in the real life is different from the fiction. In real life, you have only one take. You don’t have the chance of the second take. I am not talking about thirty takes, so, I realized we have a kind of small script each day. I said to them in the shooting we will have only one take, to be very authentic so the authenticity is coming from the first take. You can do this exercise because it is not recorded, so please have the same answers or say the same thing, but then I feel it becomes what I think is more artificial.

You didn’t do multiple takes?

Wow. So those are all first takes?

Yeah, actually I did a trick with two scenes. For instance, in the hospital when the main character Sasha is thinking, I don’t know why it was, but I was not happy or not in the mood and I ask her to do it again and to feel the children’s presence in the hospital and it was a bit directive, but 99% it’s from the first take. The other thing was when we shoot each night I sent them personalized emails giving them goals. For instance, tomorrow Gilda should or Sasha, you should talk to Gilda about the father, but that’s all, so the shooting only came with two DP’s and I told them it’s like in a documentary. You just have hunches. I know how we’ll start. The discussion may be in the kitchen, but I don’t know how we’ll end it and I don’t want to be intrusive, like you have to finish like this or like this. I mean depending on what happened the day I gave them for the next day other goals. I had, for myself, a red line that a conduct them to but I never impose something to do or to say. So many things, such as the fight scenes, came from their own beliefs and they discuss about abortion to be or not.

What’s Alina, the actress who wrote it, her relationship with the material? Why were you passionate to tell that story? Was it a historical thing or was it a commentary?

Alina came to me with this idea to have a story about the family and it was more, very generally speaking, about the fucked up family with the mother who died two years ago and this was in the background of the family, the mother who died, with the strong-willed father, and from this point we start to build situations and things. The incest issue came quite late because I saw something in the twins that they are very close and I said, what if? It’s loving, but it is beyond the limits, and from there it became more and more interesting. On the other hand we had this abortion issue, and I talked with the actor, not the character. What is your stance on the issue? If you had been a doctor? It was not being pro or anti-abortion. It is more about, for me, the society who is pushing you to go to do abortion. The father is like no or it really should be your choice, your feeling. So I realized that because this father has a statement about abortion and because we had this conversation.

It’s natural to discuss, but as a director what I really appreciate about the movie is like there is no judgement on the characters.

How do you balance that neutrality?

Actually, it was also a matter of editing because we shot everything in two weeks. But they stayed 24 hours in the characters’ shoes and in the same house; they really lived in the characters. It was actually more than two weeks. So from this ten hours of material, it was a long process to arrive at this one and half hours, because we had good material, but we decided that maybe all this didn’t need to be in the film. Also, it was something that when I started the project, it was this subject — maybe not connected very well at beginning — about time and actually the working title was On Time, and somehow I tried to be this father that…

Like the two speeches at the beginning and the end.

Exactly, to talk about time. Then it’s become more enclosed about the accident and why the accident. I think all the time I try not to be judgmental and probably it happened to be some lines or something that we cut out in the editing, because it was too much, but most of the things it happened like this. For instance in the first scene when they have the big fight, for me it’s each character has part of the truth and we see they meet a real moral dilemma about what to do in this situation. Somehow it came from them much more than my state to write down or to tell them don’t say this, and it was something that just maybe I eliminate in editing.

Is the film a challenge to some of the other different types of films from your country?

It was just a challenge for me of this way of working with first take. I bet we would be more authentic because we don’t have the chance of a second take. Even if you are going to an interview, each time somehow you are changing something. It is impossible to do the same thing, like in a fiction, so I bet on authenticity and then it was a matter of time to somehow to build. It was just for myself to do this film another way than my previous films and it was beautiful when you have no budget.

Would you consider following these characters again in other stories?

Yeah, it was so good to work in this way and I am planning to do another project in the same way.

With the same characters or…

Maybe, maybe. I mean, I am not sure. It’s a matter of if they want to continue or not. I am thinking more and more of doing other language because with this system of working it doesn’t matter even if it’s Chinese, and I don’t know Chinese. If you build the characters then you just shoot and have a good translator to understand what they say, what they are saying and how they are being. It’s from them. It doesn’t matter from a certain point the direction. When you are free in the life of the film, it doesn’t matter the language, so I try with English language, but I don’t know.

The style is almost like some of the American directors lie Jonathan Demme and that’s what this movie reminds me of, that style and that jazz-improvised quality.

Yeah, it is interesting with jazz because I said the main people that told me they liked the film, that it is like jazz music. In some way probably before daring to be a filmmaker, I was a musician and I played jazz. It’s the same way of creating. Just as you play with some good musicians, you are improvising and sometimes at the end it is beautiful, but you never know where it will be the end of the song. From a certain point, you are realizing how to continue and it is second by second and it was a bit like this when we create this film. Mike Leigh is also another filmmaker who doesn’t have a script at the beginning. Somehow it was much more relaxing when you don’t have money, because you don’t have to experiment with somebody else’s money.