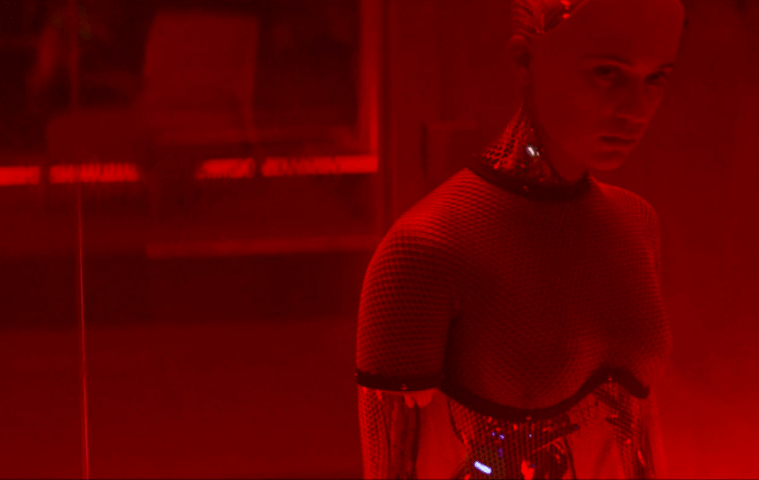 How the Control of Information in ‘Ex Machina’ Demands Attention

Writer and director Alex Garland‘s Ex Machina made its way onto many top of the year lists in 2015 (including ours) and became infamous on the internet for a certain famous Oscar Isaac dance sequence. While many hailed it as an intelligent and thrilling work of “thinking man’s sci-fi,” it seems certain few have delved as deeply into the film as Michael Tucker, whose new video essay Ex Machina – The Control of Information deconstructs the structural foundation of Garland’s script to explore how it demands and maintains audience engagement. Tucker argues that, through the use of an unconventional and limited perspective, Ex Machina pulls a Great Gatsby of sorts: The robot Ava (Alicia Vikander) is actually the protagonist, her journey of struggle and revelation told through the eyes of Caleb (Domhnall Gleeson). Yet Caleb is the most interesting avenue for the audience to become engaged and ultimately, tangled up in the narrative yarn.

In a particularly fascinating section, Tucker compares Garland’s script with the finished product. As Caleb flies over Nathan’s compound, the dialogue was heavily truncated from its original form by Garland and editor Mark Day. The result is the difference between exposition and pure engagement. With only the last two lines used, the audience is leaning forward in their seat when Nathan is introduced, yearning to figure out who he is and what is going on. If they’re told who he is and what is going on — as it stood in the conversation’s original iteration — Nathan’s introduction becomes simply about if the man lives up to the titles. The audience is performing a simple litmus test of sorts, sussing out if Nathan is all he is cracked up to be, as opposed to clinging to every word.

See the video essay below as we greatly anticipated Garland’s next film.

What other films impress you with their control of information?