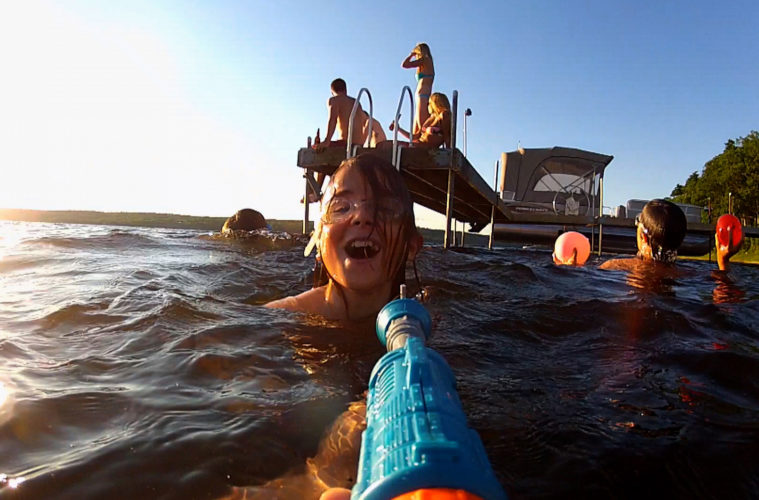 Horror Returns To Sundance In First Teaser For ‘S-VHS’ One can usually expect to be terrified during the midnight slate of movies at most film festivals and Sundance is no exception. Last year, the low-budget anthology horror film V/H/S made a splash, then went on to do great business on VOD around Halloween time. Here we are, just a year a later, and the follow-up is complete and set to premiere at Park City this weekend.

To build some buzz, the first teaser of the film, titled S-VHS, has made its way online and its quick, impressive look at the scares to come. Featuring contributions from filmmakers such as Simon Barrett and Adam Wingard (You’re Next), Edúardo Sanchez and Gregg Hale (The Blair Witch Project), Gareth Evans (The Raid), Jason Eisener (Hobo With a Shotgun) and more, there’s some enticing scares, including a terror-filled birthday party, a zombie attack and a monster assault. Check it out below.

Inside a darkened house looms a column of TVs littered with VHS tapes, a pagan shrine to forgotten analog gods. The screens crackle and pop endlessly with monochrome vistas of static—white noise permeating the brain and fogging concentration. But you must fight the urge to relax: this is no mere movie night. Those obsolete spools contain more than just magnetic tape. They are imprinted with the very soul of evil.

From the demented minds that brought you last year’s V/H/S comes S-VHS, an all-new anthology of dread, madness, and gore. This follow-up ventures even further down the demented path blazed by its predecessor, discovering new and terrifying territory in the genre. This is modern horror at its most inventive, shrewdly subverting our expectations about viral videos in ways that are just as satisfying as they are sadistic. The result is the rarest of all tapes—a second generation with no loss of quality.