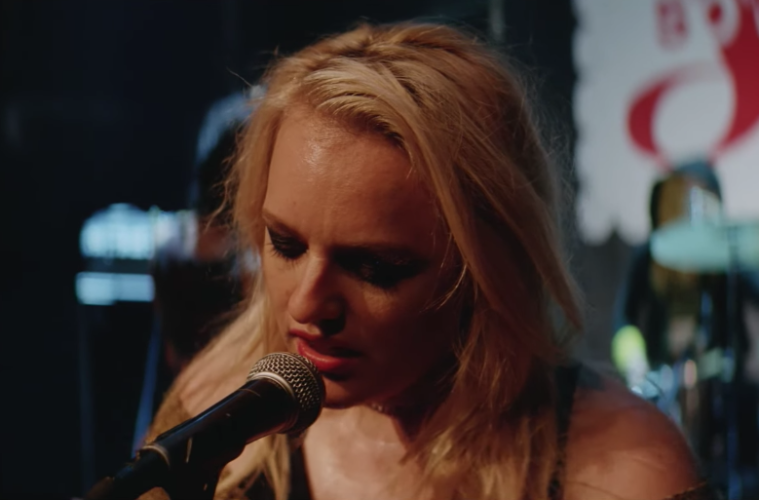 In a not-so-bold prediction, when the books are closed on 2019 films, few performances will stand out as much as Elisabeth Moss in Her Smell. Alex Ross Perry’s punk epic tackles a fierce range of emotions across its five intimate scenes as we follow Becky Something (Moss), a rock ‘n’ roll legend who is dealing with a different side (and level) of fame. The director, with his team of composer Keegan DeWitt, cinematographer Sean Price Williams, and editor Robert Greene, create a music film no other and now the first trailer has arrived ahead of an April release.

Kyle Pletcher said in our NYFF review, “Distinct from musicals, music biopics, and documentaries, fiction films about the challenges faced by musicians in practicing their craft have been around since the earliest days of cinema. From The Jazz Singer and A Star Is Born to recent releases such as Not Fade Away and Inside Llewyn Davis, the tribulations of musicianship have long fascinated filmmakers and audiences alike. Although these struggles are typically emphasized for dramatic purposes, rarely is the viewer subjected to the downward spiral of one of these artists for the overwhelming majority of the runtime, let alone with such intoxicating lucidity; a feat that Alex Ross Perry’s Her Smell accomplishes with flying colors.”

Becky Something (Elisabeth Moss) is a ’90s punk rock superstar who once filled arenas with her grungy all-female trio Something She. Now she plays smaller venues while grappling with motherhood, exhausted bandmates, nervous record company executives, and a new generation of rising talent eager to usurp her stardom. When Becky’s chaos and excesses derail a recording session and national tour, she finds herself shunned, isolated and alone. Forced to get sober, temper her demons, and reckon with the past, she retreats from the spotlight and tries to recapture the creative inspiration that led her band to success.

Her Smell opens on April 12.