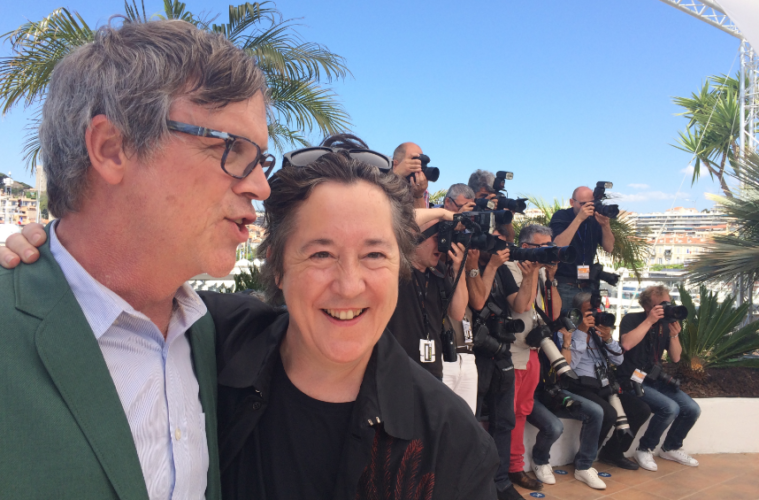 For as beloved as his features may be, Todd Haynes boasts a repertoire of short films no less deserving of attention — attention they might receive if they were more readily accessible. One has long been able to find Superstar and Dottie Gets Spanked with little effort, but some pieces were only recently discovered — e.g. The Suicide, found on Criterion’s Safe release; in terms of emotional effect, it makes Carol feel like an episode of Night Court — or have yet to be given a proper restoration.

Which brings us to (drum roll) a Kickstarter campaign to extensively restore and properly release eight shorts from Apparatus, a now-defunct creative house founded by Haynes and longtime creative partner Christine Vachon. Although the former’s work is not immediately on display therein, part of the $30,000 effort is to locate his 1985 Assassins: A Film Concerning Rimbaud, “in which he depicts the poet as homosexual outlaw”; also being sought-out is the latter’s 1984 A Man in Your Room, the “story of a priest haunted by his desire for an impish young man.”

The other titles all sound very fascinating, in large part because they seem to be objects that help define their era’s social climate. Read descriptions of each below, complete with photo accompaniment, following the Kickstarter launch video:

Anemone Me (1990) The story of a blind man who falls in love with a merman, directed by Pulitzer Prize-winner & MacArthur “Genius” Suzan-Lori Parks and Bruce Hainley.

La Divina (1989) Brooke Dammkoehler’s meditation on the rise to stardom of a glamorous movie idol (modeled after Greta Garbo), draped in gorgeous black & white photography and a tone of delirious grandeur.

OREOS WITH ATTITUDE (1991) A wickedly witty satire by Larry Carty that turns racial stereotyping inside out.

HE WAS ONCE (1989) One of the most original films ever made, this “pseudo-animation” by Mary Hestand features a cameo appearance by Todd Haynes. (This is the only film in the collection available on DVD, but it has never been scanned in high-resolution.)

Cause and Effect (1988) Susan Delson’s offbeat exploration of the obvious and the unexpected links in people’s lives.

Days are Numbered (1986, 18 min), Christine Vachon’s story of a man haunted by the grotesque memory of having stepped on a dead animal’s carcass.

Natural History (1986), Barry Ellsworth’s story of an adult infant named “Child” whose parents — in a desperate quest to expel him from home — resort to a magic spell they’ve seen in a TV doc about Malaysian baptismal rites.

The Way of the Wicked (1989, 15 min), Christine Vachon’s fantastic parody of the Catholic Church, an odyssey about two women trying to stop a young girl from biting the Host at her First Communion.