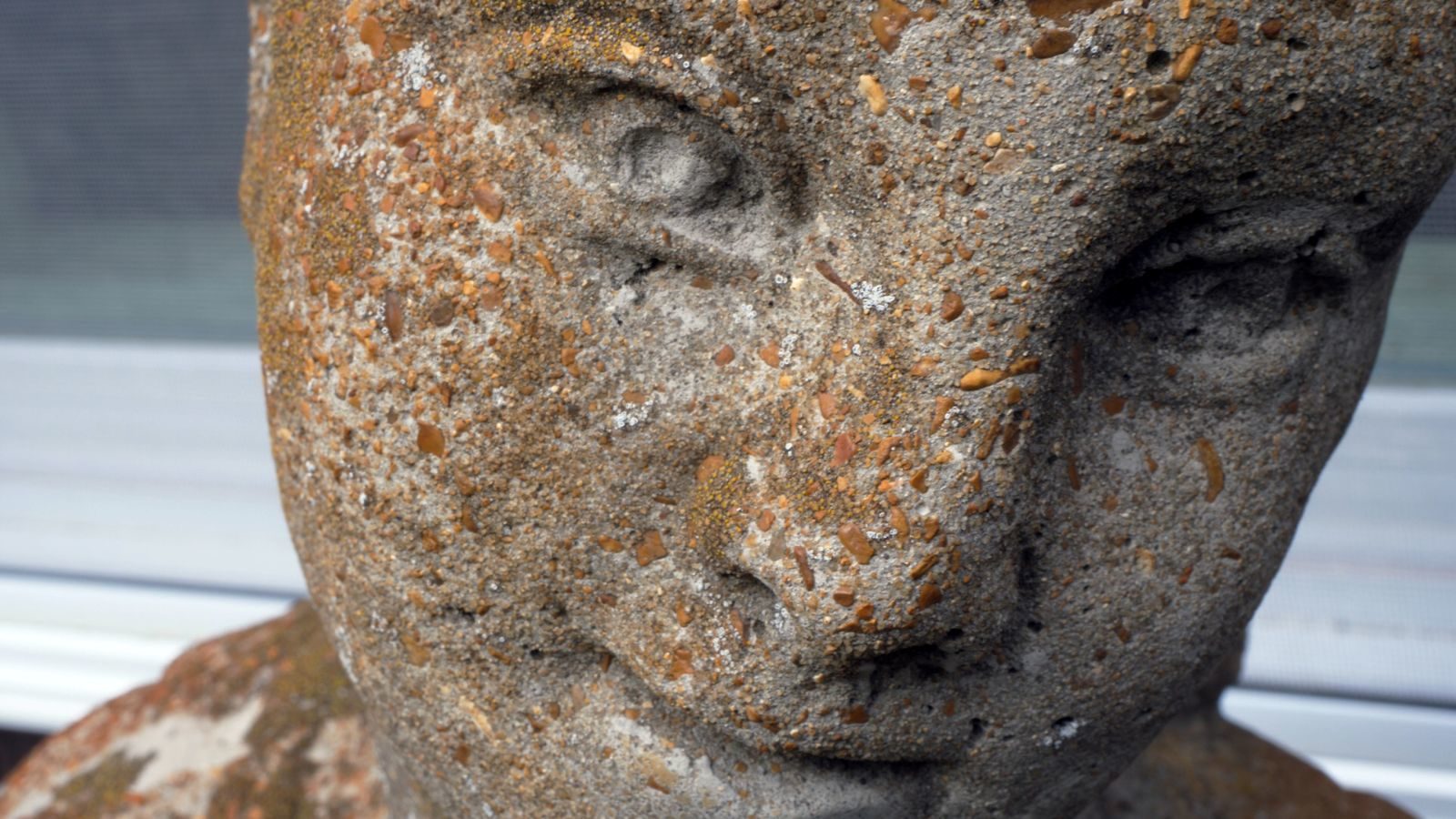 “I was blind, now I see. I was deaf, now I hear. I was dumb, now I speak,” said Helen Keller in one of her most quoted orations, in a speech telling how the “miracle” of her journey from darkness to light, worked with the aide of Anne Sullivan and others, teaches that “we all live by and for each other,” and led her to her ultimate, though less quoted awakening: to socialism.

You may have known that Helen Keller was a comrade, a life-long socialist and member of the Industrial Workers of the World; in Her Socialist Smile, John Gianvito assembles Keller’s political addresses and writings into a portrait of a warrior for social justice and a passionate, insightful proselytizer of Marxist thought. She instigated a Braille translation of Bakunin and advocated for a general strike during the first Red Scare. Now, in a time of national self-criticism, when seemingly no American monument is safe from revisionism, Helen Keller emerges from Her Socialist Smile to appear even more inspiring, relevant, and righteous than in the official narrative—appears, perhaps, the only truly based person they teach you about in elementary school.

Gianvito’s formalist approach here recalls his Profit motive and the whispering wind, a series of becalmed, James Benning-esque nature scenes shot at the gravesites of figures from Zinn’s People’s History of the United States, gently excavating a secret history of resistance in the ground beneath our feet. Here, a narrative of Helen Keller’s life, beliefs and voracious study of socialist thought, read by Carolyn Forché, accompanies tactile, contemplative footage of rain on leaves, dripping icicles, tree bark and curled fiddleheads and blueberries and one imperturbable slug. Keller’s own words are presented in white text on black backgrounds, like intertitles, with no sound accompaniment, a rigorously self-contained mirror of Keller’s analytical mind and her capacity for abstract, systemic thought. Unable to see the trees, she could comprehend the forest.

Keller in her early life was the beneficiary of 19th-century charity, and more generally of the Victorian sentimentality that has always inspired American philanthropy. But in her advocacy for disabled people she eschewed any such tearful condescension. No bleeding heart, Keller understood that blindness in most cases was not an individual misfortune or tragedy, but the product of poverty and inadequate medical care, or preventable industrial accidents. She diagnosed societal symptoms and prescribed societal cures: not sympathy and pity extended from one soul to another, but reform or revolution.

Gianvito’s curated selection of Keller’s writings reveals her to be a thinker startlingly applicable to contemporary leftist discourse. In her commentary on women’s suffrage, civil rights, Great War opposition, and especially worker power, she opined presciently and eloquently on exploitation, inequality and economic injustice; on higher education as an echo chamber of elite consensus; imperialism and the military-industrial complex; police indifference to or complicity in the mistreatment of protestors; the justifications for militancy, the inevitability of unrest and the inflammatory fake news spread around riots; the kayfabe of the two-party system and the compromises of electoralism.

This movie may become a big hit, relatively speaking. Keller’s writings, in Gianvito’s text-card presentation, are already memes. (“Rights are things we get when we are strong enough to make good our claim on them.”) Her woke, explicitly Marxist takes, and fervent, uncompromised radical tone, would be right at home in the Extremely Online left. The film feeds this moment’s hunger for political and moral clarity.

This is stirring and necessary, but Her So Socialist Smile spends so much of its runtime espousing Keller’s visionary principles, almost to a point of redundancy, that it’s not surprising to watch the film struggle once the Bolshevik Revolution demands a shift in attention from theory to practice, rushing through Keller’s disillusionment with the Soviet Union and her thoughtful critiques of the mirror-image iniquities of the American experiment. Attempting to untangle fellow-traveler Keller’s nuanced and evolving views over the last decades of her life, Gianvito simply hands over several of the film’s 90 minutes to a video of a 1989 lecture in which Noam Chomsky parses Leninism’s deviations from socialist orthodoxy. What is this doing in the movie? It feels like Gianvito is texting a YouTube clip to a close ideological ally on the cab ride back from a bar where they got into an incredibly fractious argument about the gulag or something.

So, the Helen Keller of Her Socialist Smile is a propaganda hero (in a non-pejorative sense), a beacon to strive towards in the grand tradition of socialist and capitalist art alike (including, indeed, the “apolitical” seven-year-old Helen Keller of The Miracle Worker). In Profit Motive and the whispering wind, Gianvito tried to remind his audience of their continuity with a heroic past; in Her Socialist Smile, the dialectic of Keller’s rousing rhetoric and his camera’s natural reverie serves a similar purpose, imploring us to feel attuned to the world around us, and to act on our sense of interconnectedness.