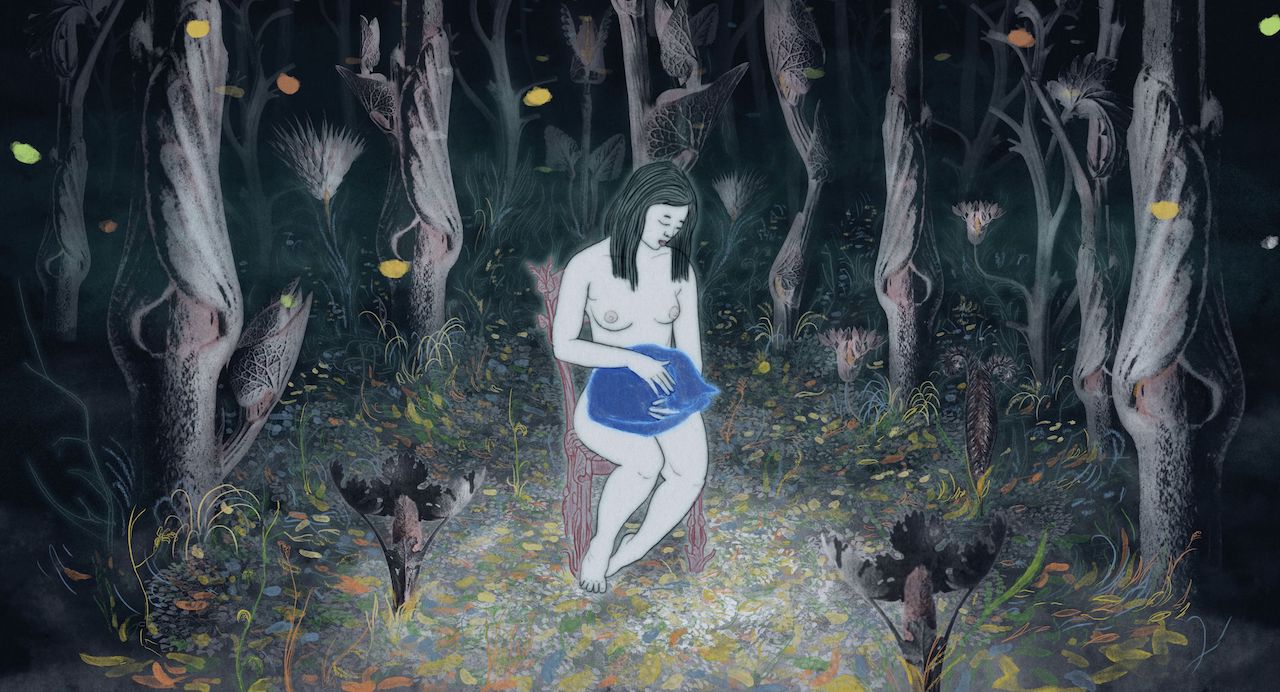 Following Lee Chang-dong’s masterful Haruki Murakami adaptation Burning, the next work adapting the celebrated Japanese author is taking a form rare when it comes to translating his works: an animated feature. Murakami’s Blind Willow, Sleeping Woman, which contains 25 years of short stories from the author, was first published in 2006 and now a selection of stories from the collection are the basis for this new animation.

A French production, the film is helmed by Pierre Földes in his feature debut, with backing from Cinéma Defacto and Miyu Productions. Created with live-action cinema as a major influence, here’s the synopsis: “A lost cat, a voluble giant toad and a tsunami help an unambitious and schizophrenic accountant and his frustrated wife to save Tokyo from an earthquake and find meaning in their lives.”

Having been in development for much of the last decade, a beautiful new trailer has now arrived courtesy of Cartoon Brew. The producers note the film is being developed with “a hybrid animation technique ‘guided’ by several elements: a live-action shoot, 3d models of heads, and a classic layout.”

See the intriguing first trailer below.

Blind Willow, Sleeping Woman is expected to be completed in the first half of 2022.