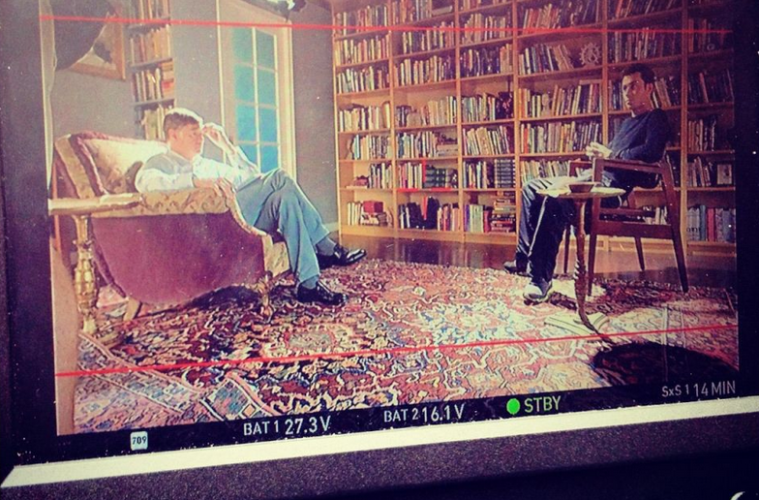 While he prepares his Matt Damon and John Krasinski-led Promised Land for a hopeful 2012 release, it looks like Gus Van Sant will have a bit part in Paul Schrader’s currently shooting sex drama The Canyons. Screenwriter Bret Easton Ellis tweeted the above picture last night, revealing the Good Will Hunting director as Dr. Campbell, across from lead James Deen. Sant has shown up uncredited in some of his films, and even had a small part on Entourage, but it will be rare to seem him taking part in a project he’s not involved with on the filmmaking side.

Lindsay Lohan, who also leads the LA-set film surrounding 20-somethings, sexual obsession and ambition, has now been confirmed for another upcoming role. After some rumors, E! Online has confirmed that the actress will be joining Scary Movie 5 in a small role, along with Charlie Sheen, who has shown up in the previous two films. Set to star High School Musical‘s Ashley Tisdale in a Black Swan-esque spoof, the film is being directed by Malcolm D. Lee (Undercover Brother).

Expect a 2013 release for The Canyons, while Scary Movie 5 slides into theaters on January 11th.

Are you excited to see Sant on screen? Any interest in another Scary Movie?