Glasgow Review: Eye of the Storm is a Touching Tribute to Legendary Scottish Painter James Morrison 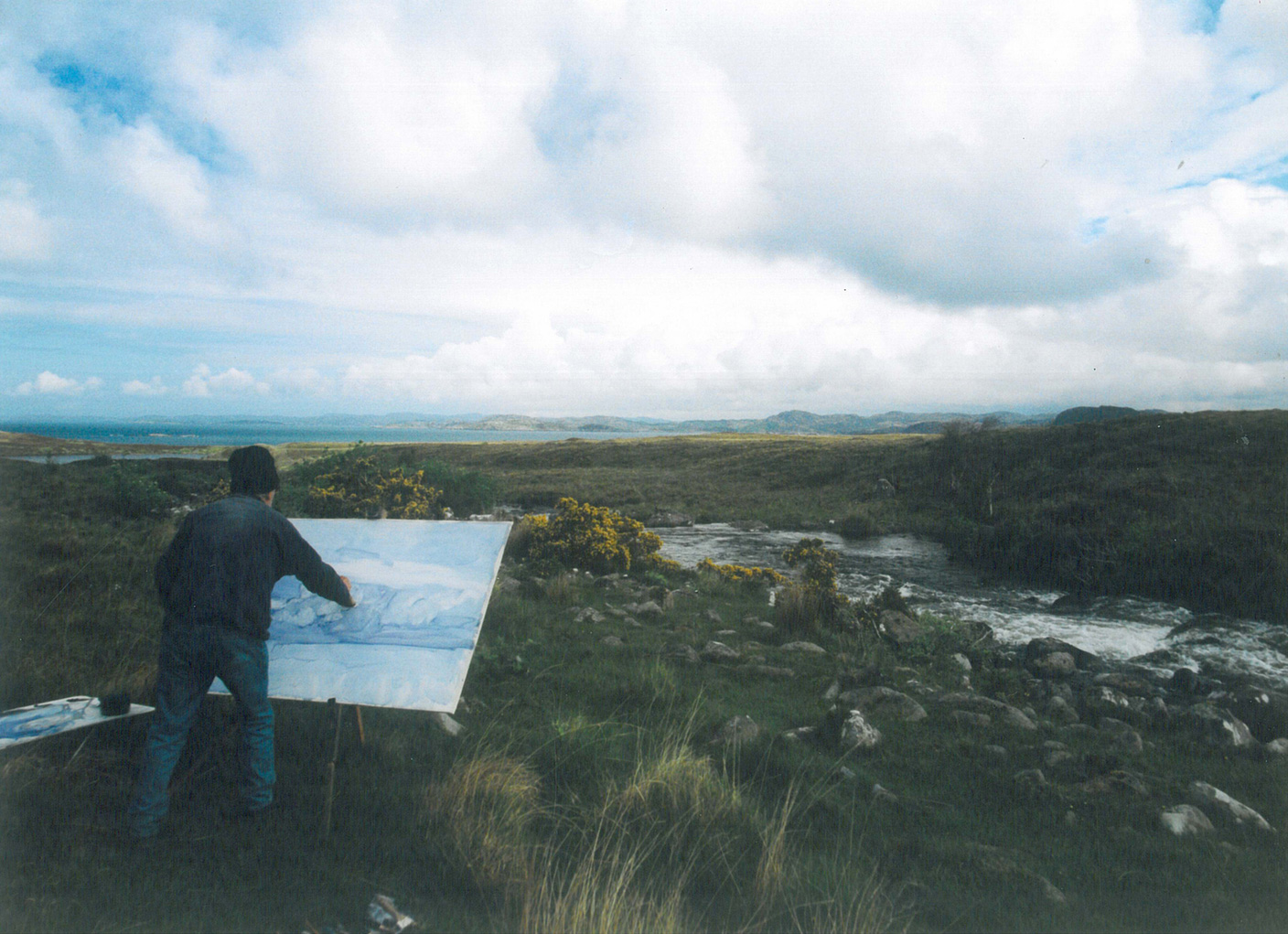 Scottish painter James Morrison might not be the most internationally famous painter in the world, but in Scotland, he is a legendary figure. It’s impossible to go to a gallery or a museum without feeling the influence of Morrison’s landscapes, whether there’s a personal piece of his on display, or subsequent artists taking inspiration from one of the masters of modern painting. With his passing last year at age 88 still fresh in the memory, it feels like the perfect time for Eye of the Storm, a documentary about his final projects and captivating artistic journeys, celebrating one of Scotland’s greatest treasures and ensuring that his art continues to make an impact even without him living to see it.

Director Anthony Baxter was given great access to Morrison himself before his death and the majority of this documentary is centered on his perspective, with only a few additional talking heads, including his son John and close friends and colleagues. The film is centered primarily on the jarring heartbreak of growing old and losing grasp of the things that make one an artist: the ability to see and to remember. Morrison’s eyes were rapidly fading to the point he couldn’t paint outside or read books on his own anymore, which makes the prospect of creating his final exhibition challenging and melancholic for him. The film’s decision to incorporate a unique form of digital animation to accompany Morrison’s lengthy perspective pays off brilliantly, as we get to witness a modern digital animator’s interpretation of this great painter’s style, continuing his impact and inspiration even without his own personal brushstrokes being involved. The synthesis of the old guard and the new wave that Morrison was so interested in as a landscape artist is on full display here, with this creative decision working out so much better than archival footage would have.

However, what truly helps Eye of the Storm stand out as more than just another BBC-style documentary about painting is Morrison himself. He never once holds back on the honest truth of his career and his life, talking intimately about his intense grief after losing his wife and the struggles that came from learning how to paint again. Morrison was a charming, sincere, and intelligent man and it’s a joy to simply listen to him speak about the inspiration that drove him forward as a painter, how he developed his exact style of environmental painting over the course of decades, and his admittedly critical analysis of his own work. His conversations with friends and little intimate interactions captured by Baxter’s camera are remarkably sweet and lead to some deeply emotional moments as the film approaches its coda.

Eye of the Storm is haunted by the death of its subject and even though the footage was mostly filmed months before Morrison passed, there’s a recognition in Morrison’s own words and eyes about the limited amount of time he has left on this planet. He is telling the stories of his visionary artistic expedition to the Arctic and the little moments he shared with his beloved wife so they are etched in history, existing eternally in others’ souls like his own paintings do. The film is a memoriam but also a true celebration––a work that captures all the little details of life’s challenges and grace notes, and culminates in one of the most quietly emotional tributes you’ll see in a documentary this decade. It doesn’t have a grand scope or reinvent the non-fiction wheel, but it doesn’t have to. It succeeds at capturing its subject and will certainly inspire countless others to try their hand at becoming the next James Morrison. It manages to contain the past, present, and future in just under 75 minutes and it’s unlikely that any film could have honored this Scottish hero better.

Eye of the Storm premiered at the Glasgow Film Festival.