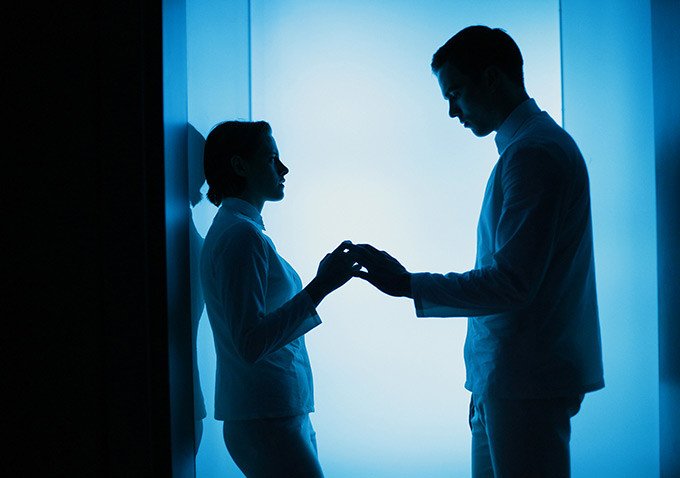 Jumping into the world of sci-fi after Breathe In and Like Crazy, director Drake Doremus looks to still keep the same grounded drama with Equals. Starring Nicholas Hoult and Kristen Stewart as two emotionally blank humans who work for a company called Atmos at some point in the not-so-distant future, their connection becomes dangerous when they start to foster emotions. Today now brings a new full trailer for the film, which is also currently playing at Tribeca Film Festival.

We said in our Venice review, “Lobbing the proverbial one up for dissatisfied critics to knock out of the ballpark, Drake Doremus’ Equals is a love story set in a dystopian future where emotions, it would seem, have been scientifically obliterated. The latest film from the Like Crazy director is not really lacking in emotions — quite the opposite if anything — but it is, quite frankly, a bit dull as it plays out in a near constant melodramatic key.”

Also starring Guy Pearce, Kate Lyn Sheil, Bel Powley and Jacki Weaver, check out the trailer below ahead of a summer release by A24.