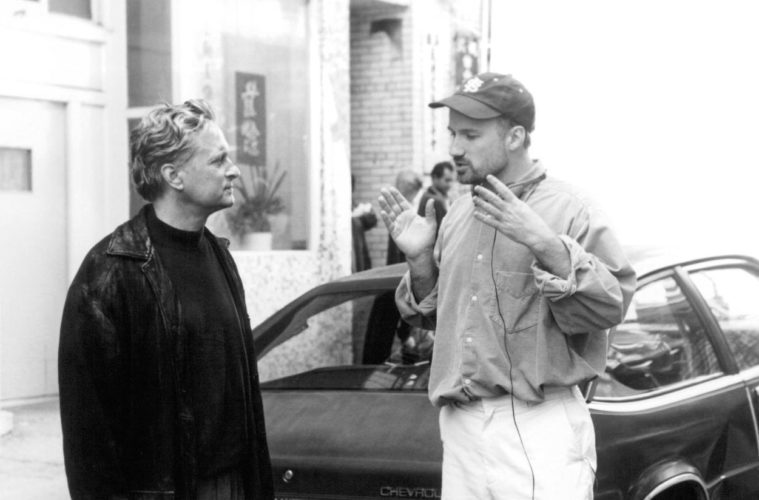 From ‘8 1/2’ to ‘Zelig,’ Read David Fincher’s Handwritten List of His 26 Favorite Films As David Fincher is gearing up for six-month shoot Gone Girl — kicking off next month and lasting until February — it’s prime time to get a little insight into the classics that have helped shaped his career. Today we’ve got a list of his 26 favorite films, ranging literally from A-Z, with Alien, a franchise he contributed to, all the way to Woody Allen‘s underappreciated faux-documentary Zelig.

The list also includes certified classics such as The Godfather Part II, Citizen Kane, Rear Window, Taxi Driver, Chinatown, as well as a certain George Lucas film you may not have expected and some outside-the-box choices such as Peter Weir‘s The Year of Living Dangerously and even one of personal favorites, Terrence Malick‘s Days of Heaven.

His “greatest movies”  rundown originally appeared back in 2008 during his press tour for The Curious Case of Benjamin Button, but now two films later, our friend @LoSceicco1976 alerted us to it, and since we didn’t share it back then, it’s a perfect read for a Sunday afternoon (and perhaps even the occasion to revisit/visit one of the selections). So without further ado, check out both Fincher’s handwritten list, as well as the text version below. Also, if one missed it, we recently shared over 20 minutes of behind-the-scenes footage from the director’s Fight Club. Butch Cassidy and the Sundance Kid

All the President’s Men

The Year of Living Dangerously

Monty Python and the Holy Grail

Are you surprised by any of Fincher’s choices? Do you share any favorite films with the director?