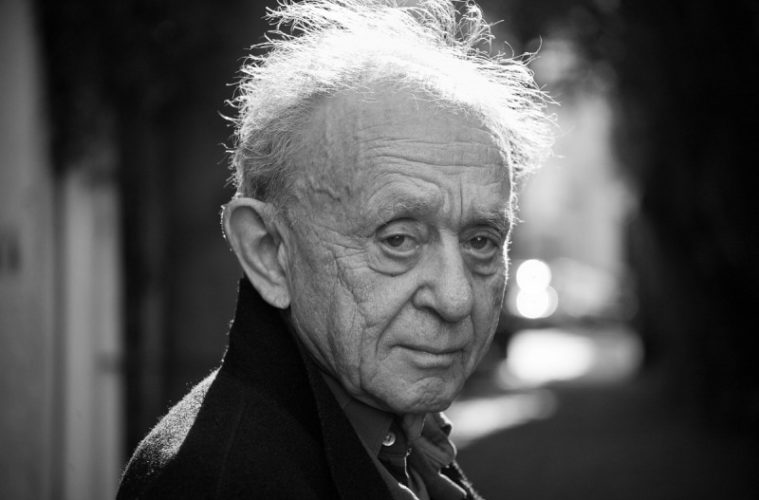 Frederick Wiseman on Capturing the “Backbone of American Life” in ‘Monrovia, Indiana’

After recent projects focusing on major public institutions like London’s National Gallery, California’s University of Berkeley, and the New York Public Library, Frederick Wiseman made his 47th documentary about the town of Monrovia, Indiana. It might appear Wiseman narrowed his scope, but in actuality, he treats the slower pace of Midwestern life no different from communities in Jackson Heights.

In our interview with the filmmaker, Wiseman discusses his editing process, which he calls a rational and free-associative process. We talk about the full immersion his crew of three made in the town and the coincidences he happened across that become the film’s most memorable scenes.

The Film Stage: What drew you to Monrovia, Indiana?

Frederick Wiseman: I told a friend of mine, a law professor in Boston, that I wanted to make a movie about a small town in the midwest. She said she had a friend who taught at the University of Indiana in Bloomington. His family came from a small town in Indiana and had lived there for six generations. By chance I was going to Bloomington to show some movies and give a talk, so I called up this man and told him what I was interested in. He said come a day early, I’ll take you to my hometown where my first cousin still lives. His first cousin was the town’s undertaker so he knew everybody. They liked the idea of the film and offered to introduce me around. So I looked around Monrovia that day and said this would be a great place to do a film. While I was away they got in touch with some business owners, the veterinarian, head of the school board, the fire department, the police department and they were all very friendly. Then I showed up six weeks later in the first week of May 2017 to start shooting.

I’ve made movies in seventeen states and the only movie I’d made in the midwest was Chicago at a public housing project. I thought it would be interesting to make a movie about a small town. They’ve traditionally been the backbone of American life. There’s still 23,000 of them. I basically took the gamble, that I always do, that it might be a good subject.

How did you decide what to focus on in the town?

It’s all by chance. I knew I wanted to cover the businesses on the main street, a pizza parlor, and two restaurants. The tattoo shop, barbershop and beauty salon. There wasn’t that much to choose from! There’s maybe one or two of each place and that was it. They’re a farming community so I knew that would be important. It was useful to go to the town council meeting, although I had no idea what they were going to discuss. I also had the experience of making the other movies so I knew a little bit about what places would be useful to visit to get a sense of daily life in the town. Will you talk about the shoot?

The camera was an Arriflex AMIRA, which was a new camera last year. Sound was recorded on a 633T, sometimes they used radio mics, sometimes they used boom. No lights. Most of the film was shot on 4K and color graded and mixed. We used a variety of lenses, depending on the situation. It’s just three of us. John Davey, my DP, operated the camera. I’ve worked with him for more than thirty years. I would pick out what was to be shot and then John and I are constantly looking at each other during the filming. We looked at the rushes together every night. It’s a total immersion experience.

We ended up with 120 hours of footage. The shooting ratio was close to 60:1. The first cut of the film was maybe thirty minutes longer. I don’t even begin the editing until I’ve edited all the sequences I might use without thinking much about structure. I usually come up with the first assembly in three or four days, but it’s after six or eight months of editing. The edit is thinking your way through the material. I have to think that I understand what’s going on in each sequence to make the choice if I want to use it. Secondly, if I do want to use it, how do I cut it into a useable form. Third, after it’s cut, where do I place it and what’s its relationship is to the other sequences I’ve chosen and edited. It’s in one sense a highly rational process. At the same time, it’s an associative one. You learn to pay as much attention to the thoughts in your head as you do the formal, more deductive aspects.

Was it just by chance a dog was having its tail removed when you visited the veterinarian?

It was just by chance! I went to the clinic and the vet said I’m about to do an operation.

How did the citizens of Monrovia respond to the film?

I showed the movie to them at the end of August because I wanted them to see it before it was shown anywhere else. About 600 people came to see it and they seemed to like it. At least the ones who spoke to me like it. I hope that in seeing the film, people see the town council that takes pretty seriously the issues presented to them. It’s representative democracy at the community level. The level of a town, which is the smallest unit of government.

Do you have another project lined up?

At the moment I want to direct an American play in French translation in France. It’s called The Realistic Joneses by the very good American playwright Will Eno.

Monrovia, Indiana is now in limited release and expanding. For more, watch Wiseman discuss the film above at the 56th New York Film Festiva.