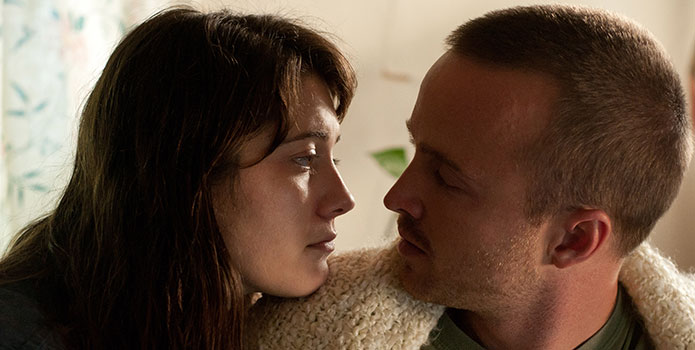 Although I’m sure one is cooking, Sony Pictures Classics have gone the road less traveled and released four clips before delivering a trailer for one of our favorite Sundance dramas. In Smashed, director James Ponsoldt takes a devastating look at alcoholism, thanks to a magnificent lead performance from Scott Pilgrim Vs. The World‘s Mary Elizabeth Winstead.

One of best elements of the film is showing how her disease affects the people around her and below one can see Winstead interacting in very different situations. First up we have Breaking Bad‘s Aaron Paul, who plays her significant other, then Park and Recreation‘s Nick Offerman and his real-life wife Megan Mullally as colleagues, and lastly a glimpse at a powerful speech she gives at her AA support group. Check out the clips below, which should tide us over until a full trailer arrives.

Smashed also shows at TIFF and lands on October 12th.