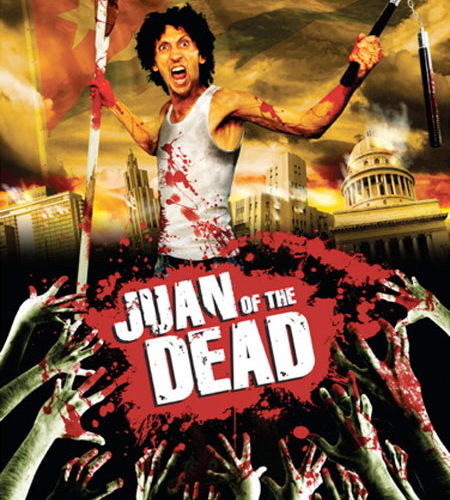 Zombiemania has permeated the American pop culture landscape for almost a decade now; every time it looks like people are finally going to be over it, something new comes out and people go nuts for stories about the undead all over again. Looking to capitalize, Focus Features has picked up the U.S. digital distribution rights to Juan of the Dead, a zombie comedy from Cuba that premiered at the Toronto International Film Festival last year. [Variety]

The movie follows a 40 year old slacker who takes advantage of the zombie outbreak in his country by becoming a gun for hire. Anything for a buck in the apocalypse, I guess.

Focus will be releasing it under its “Focus World” banner, their digital distribution wing which launched last February with Black Lightning, a Russian superhero movie produced by Timur Bekmambetov. Before Focus World gets its distribution hands on it however, Juan of the Dead will be making the U.S. festival rounds before a limited theatrical run in April which will be handled by a separate distributor for a reason I don’t exactly comprehend. Focus World has set no digital release date yet.

Juan of the Dead will be another in a line of zombie movies coming out this year, with the high profile World War Z starring Brad Pitt due in December and the zombie love story Warm Bodies hitting theaters in August. Plus there’s always The Walking Dead which returns in February on AMC, not to mention the comic it’s based on which comes out monthly. Zombies are everywhere, is what I’m saying.

Anyone see Juan of the Dead at TIFF or anywhere else? What’d you think?