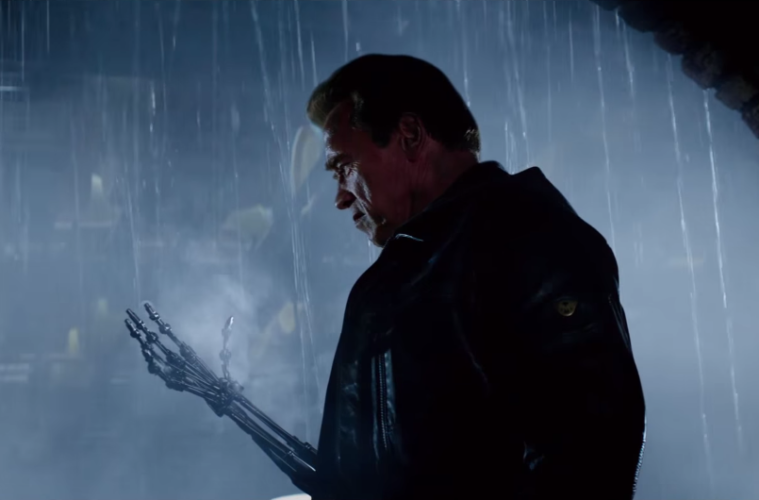 “Since she was 9 years old, she has been told everything that was supposed to happen. But Sarah fundamentally rejects that destiny. She says, ‘That’s not what I want to do.’ It’s her decision that drives the story in a very different direction,” producer David Ellison recently said when it comes to Terminator: Genisys, the film that Paramount hopes will reignite the franchise (as they’ve already set two follow-ups for 2017 and 2018).

Directed by Alan Taylor (Thor: The Dark World), the story is now set in 2029 as we follow a group of rebels during the Future War fighting against Skynet. Jason Clarke takes the role of John Connor, leading the fight alongside Jai Courtney‘s Kyle Reese. Emilia Clarke plays Sarah Connor, who Reese goes back to 1984 to save, while Arnold Schwarzenegger returns to Cyborg form.

After some disastrous initial images, the first trailer has now dropped today and shows off some shaky CGI, but at least improves on the marketing that has come before — even if that’s not saying much. Check it out below, along with a pair of teaser posters, and let us know what you think in the comments.