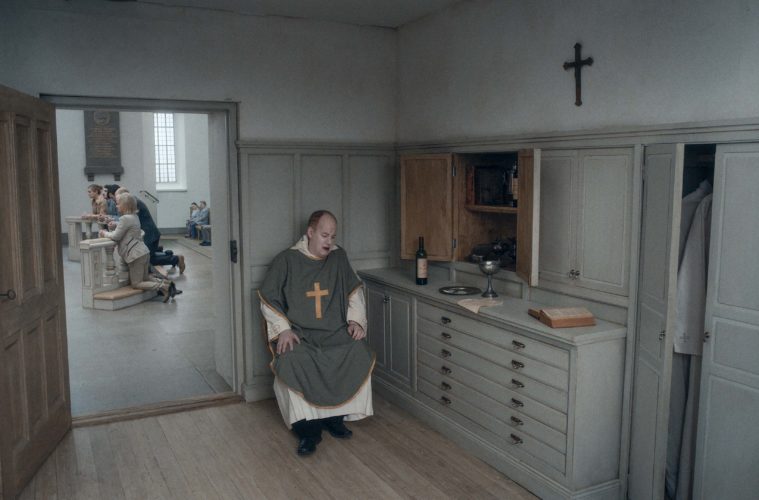 First Trailer for Roy Andersson’s ‘About Endlessness,’ Coming to Venice and TIFF

After completing his “Living” trilogy back in 2014 with A Pigeon Sat on a Branch Reflecting on Existence, Roy Andersson has now returned for his next feature About Endlessness, which clocks in at a rather brief 76 minutes but will no doubt feel as insightful and imaginative as his other films. Ahead of a Venice and TIFF premiere, the first trailer has now arrived for the follow-up to his Golden Lion winner.

See the trailer and new images below for the film still seeking U.S. distribution and is one of our most-anticipated of the fall festivals.

A reflection on human life in all its beauty and cruelty, its splendor and banality. We wander, dreamlike, gently guided by our Scheherazade-esque narrator. Inconsequential moments take on the same significance as historical events: a couple floats over a war-torn Cologne; on the way to a birthday party, a father stops to tie his daughter’s shoelaces in the pouring rain; teenage girls dance outside a cafe; a defeated army marches to a prisoner-of-war camp. Simultaneously an ode and a lament, ABOUT ENDLESSNESS presents a kaleidoscope of all that is eternally human, an infinite story of the vulnerability of existence.

About Endlessness plays at Venice and TIFF.