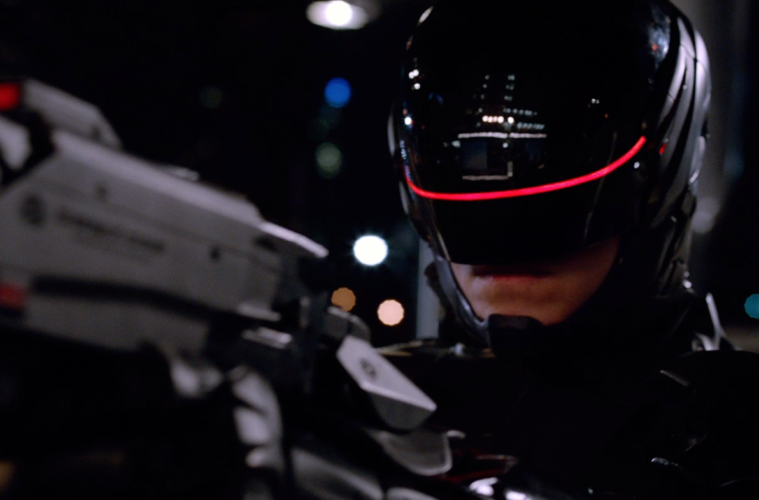 Once set for a release last month, Sony’s remake of RoboCop has now shifted to one of our first blockbusters of 2014 and today brings the first trailer. Having immensely enjoyed director José Padilha‘s Elite Squad films, I had some faith he could transfer his kinetic style to his first major Hollywood film.

While this look has some of that, the remake of Paul Verhoeven‘s 1987 film seems remarkably standard and missing the humor of the original. Check it out below and let us know what you think of first look at the film starring Joel Kinnaman, Gary Oldman, Michael Keaton, Abbie Cornish, Jackie Earle Haley, Michael K. Williams, Jennifer Ehle, Jay Baruchel, Marianne Jean-Baptiste and Samuel L. Jackson. In RoboCop, the year is 2028 and multinational conglomerate OmniCorp is at the center of robot technology. Overseas, their drones have been used by the military for years – and it’s meant billions for OmniCorp’s bottom line. Now OmniCorp wants to bring their controversial technology to the home front, and they see a golden opportunity to do it. When Alex Murphy (Joel Kinnaman) – a loving husband, father and good cop doing his best to stem the tide of crime and corruption in Detroit – is critically injured in the line of duty, OmniCorp sees their chance for a part-man, part-robot police officer. OmniCorp envisions a RoboCop in every city and even more billions for their shareholders, but they never counted on one thing: there is still a man inside the machine pursuing justice.