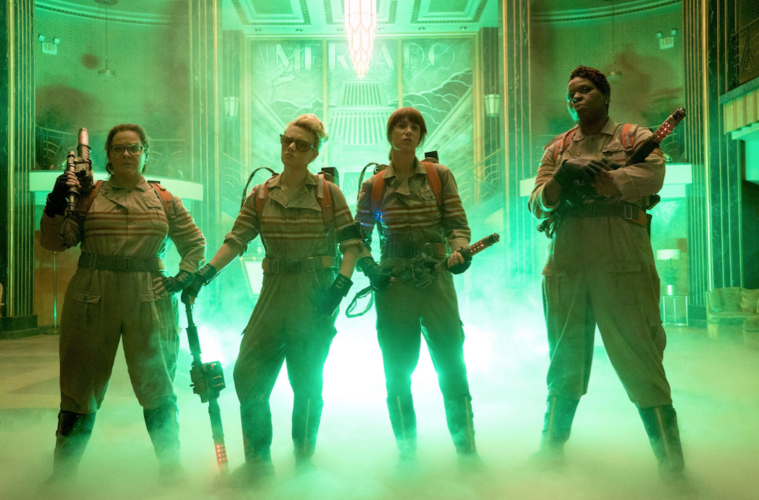 Who you gonna call? If you’re Sony, Paul Feig, apparently. After making a string of hits with Bridesmaids, The Heat, and last summer’s Spy, he’s the ideal fit for the studio’s continuation of Ghostbusters. Led by Melissa McCarthy, Kristen Wiig, Kate McKinnon, and Leslie Jones, they are set to take on the supernatural and ahead of a release this summer, the first trailer has landed.

“It’s kind of addictive, because most of my movies have been pretty small and then Spy got a little bit bigger,” Feig said regarding his big-budget comedy. “But this level of– even seeing green screen. I really wanted to make sure we did so much in camera, but you still need green screens for set extensions and things like that. It’s really kind of cool.” Also starring Charles Dance, Michael Kenneth Williams, and Chris Hemsworth, check out the trailer below, along with new images and posters.

Ghostbusters makes its long-awaited return, rebooted with a cast of hilarious new characters. Thirty years after the beloved original franchise took the world by storm, director Paul Feig brings his fresh take to the supernatural comedy, joined by some of the funniest actors working today – Melissa McCarthy, Kristen Wiig, Kate McKinnon, Leslie Jones, and Chris Hemsworth. This summer, they’re here to save the world!