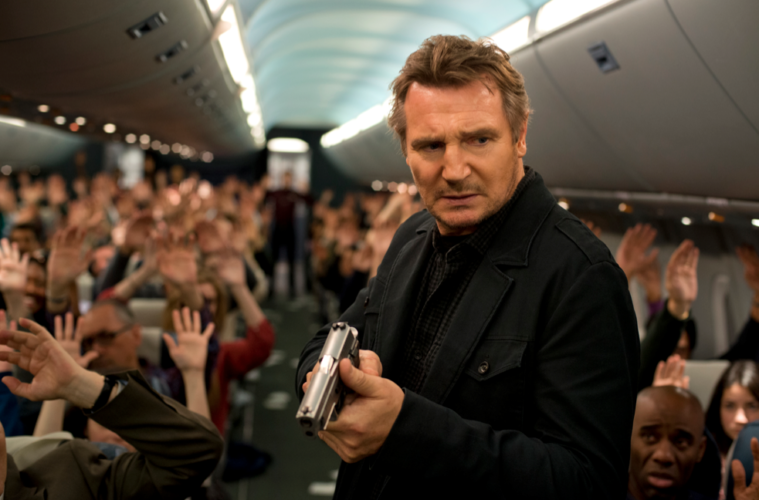 Emerging as the king of the B-movie action genre in recent years, thanks to the success of Taken, Liam Neeson‘s latest entry into the genre will see him 40,00 feet in the air. Marking a reteam with his Unknown director Jaume Collet-Serra, Non-Stop features the actor as an U.S. Air Marshal who gets entangled in a terrorist plot aboard a flight.

The first trailer has now landed today, which delivers what might one expect from a February action thriller, with a Flightplan-esque twist. While some of the CGI is a bit rough, Collet-Serra has proven he’s capable of making an entertaining genre exercise, so let’s hope he continues that streak. Check out the trailer below via Apple, as well as the poster and stills, for the film also starring Julianne Moore, Anson Mount, Michellle Dockery and Corey Stoll.

Global action star Liam Neeson stars in NON-STOP, a suspense thriller played out at 40,000 feet in the air. During a transatlantic flight from New York City to London, U.S. Air Marshal Bill Marks (Neeson) receives a series of cryptic text messages demanding that he instruct the government to transfer $150 million into an off-shore account. Until he secures the money, a passenger on his flight will be killed every 20 minutes.