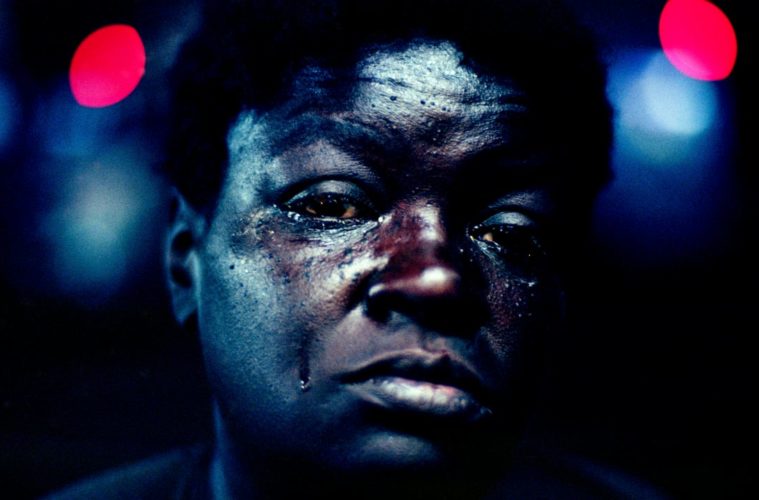 Emerging on the scene with his remarkably-shot, poetic portraits of life, Field Niggas and Black Mother, director Khalik Allah is back with his third and most ambitious film yet. Clocking in at three hours, IWOW (I Walk on Water) finds him back on the streets of New York City. The filmmaker has now released a trailer and, as expected, it’s not of the standard variety. Clocking in at seven minutes, it features off-the-cuff freestyle voiceover from the director himself explaining the project over presumably footage from the film itself, which includes no shortage of stunning imagery (including a Black Mother poster cameo).

“Peace. I’m telling you ahead of festivals and ahead of my world premiere: I made the best film of 2020 and I don’t give a fuck what they write,” Allah wrote in a recent Facebook post. “It is my privilege to forgive and I’m forever in the presence of the most high. My title is I WALK ON WATER because I’m Christed by Christ Himself. The film is 3 hours uncut so don’t come into the audience if you’re obedient to urine. Na I’m playing, go ahead. Take it in parts, take it in pieces. Forever remain unchanged by the changeable and seek not outside yourself.”

Update: The film will world premiere at True/False Film Festival and clocks in at 3 hours and 20 minutes.

Check out the trailer below, along with his director’s statement. If you haven’t seen Allah’s films yet, they are now featured on The Criterion Channel, including a conversation with the director.

Peace. From the most illest iambic pentameter visual photographer. Allah’s 5% student doctor. I’m around the 85% again. Straight up Ren & Stimpy. The pitiful situation of my people is the person version of the Hieroglyphic ruins. What profits a man is a noble prophet. 4th Disciple and I rewrote the Proverbs from the problem book of the Akashic Records. But yo, this film, with the title, IWOW, is for niggas that’s sinister. Not all truth is square. Every angle that’s right isn’t an Angel; that’s the criteria of the selection of my editing. An agency of Seraphic host edited through me mentally carefully. Channeling, working high as the Elohim on this project for only 6 months. The kid with the JanSport sustained by the Love of God. Allah the Father sort of cinematographer. Other side of the parliament with Cream of Medina 5%. God is 7, indivisible, not invisible. Shooting, driving, feeling invincible. For freedom of my people I’m like Harriet Tubman. Christ Vision. This is Volume 3 of Supreme Wisdom. ©KhalikAllah