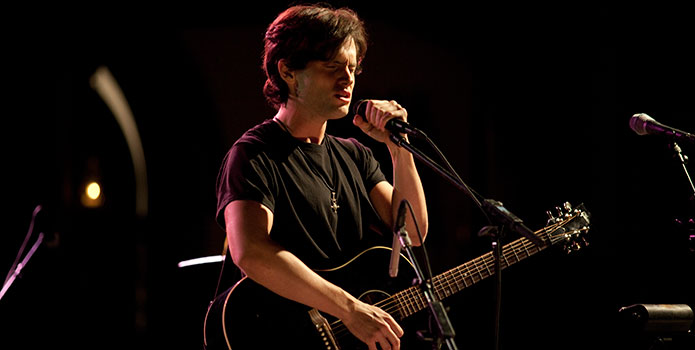 The late artist Jeff Buckley is returning — in two feature films. While one is currently in pre-production and just switched directors, another featuring the musician just premiered at Toronto. As we reviewed last week, Dan Algrant’s Greetings from Tim Buckley simultaneously tracks the artistic development of musician father and son Tim and Jeff Buckley at around the same times in their lives, as both died too young on the edge of perhaps greater success.

We’ve got the first trailer today, which looks to be an early promotional look clocking in over three minutes. We get a strong glimpse at Penn Badgley, playing Jeff Buckley in a performance we praised, but overall we were mixed on the film due to the cliche-filled screenplay, something I can glean from this look. Check it out below for the film also starring Imogen Poots.

Greetings From Tim Buckley played at TIFF but has yet to acquire US distribution.