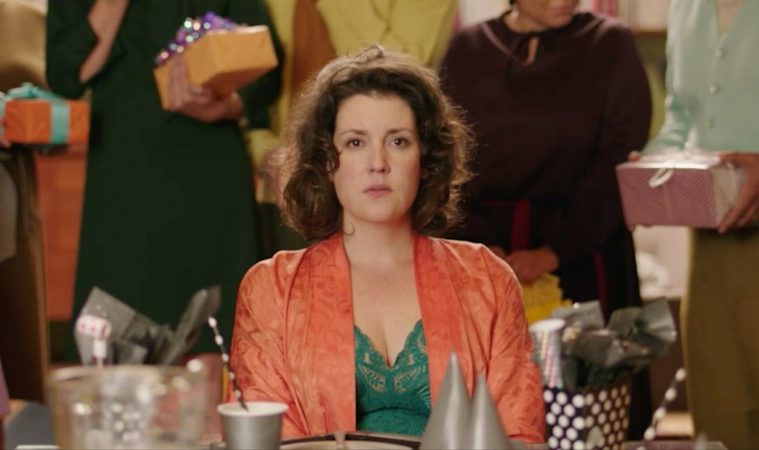 After the anthologies V/H/S and The ABCs of Death ran their course, it’s time to put horror in the proper hands. XX offers four tales in the genre, all directed by females: Annie Clark (aka St. Vincent), Karyn Kusama (whose The Invitation was one of 2016’s best films), Roxanne Benjamin (Southbound), and Jovanka Vuckovic (former editor of Rue Morgue magazine). Ahead of a Sundance premiere and February release, the first trailer has now arrived.

With a cast including Natalie Brown, Melanie Lynskey, Breeda Wool, and Christina Kirk, one can glean the tone of these four separate stories, as the trailer promises a bloody good time. For reference, Clark makes her directorial debut with The Birthday Party, while Kusama helms Her Only Loving Son, Benjamin is behind Don’t Fall, and Vuckovic directs The Box, while Sofia Carrillo has done animated transitions for the film.

Gather round if you dare for four murderous tales of supernatural frights, predatory thrills, profound anxiety, and Gothic decay in the first all-female-driven horror anthology film. Audacious new works from some of the genre’s most promising voices—Annie Clark (better known to fans as St. Vincent), Karyn Kusama (The Invitation, Girlfight), Roxanne Benjamin (Southbound), and Jovanka Vuckovic (former editor of Rue Morgue magazine)—bring forth a study in the proper unspooling of dread for your viewing pleasure.

XX premieres at Sundance and hits theaters and on demand on February 17.