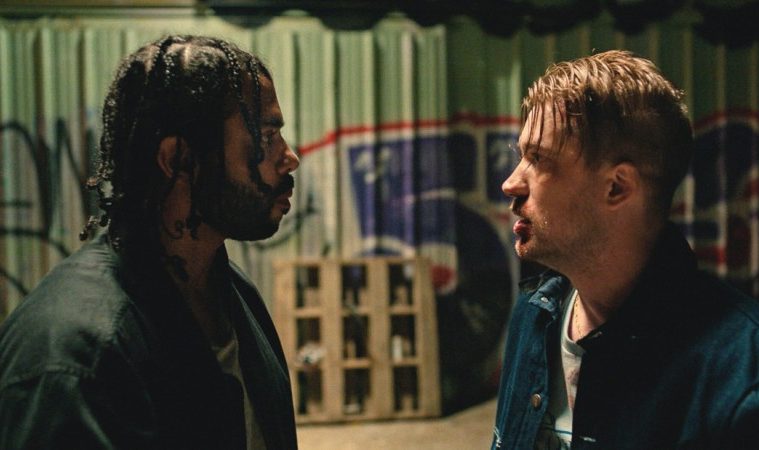 Going into Sundance Film Festival this year, we knew there was bound to be a handful of movies depicting police brutality and the state of race relations in America. We were greeted on opening night with Blindspotting, a film that took a different angle on these issues. Carlos López Estrada’s debut feature mixes comedy, hip-hop, and intense drama for a scattershot, but no less engaging experience. Ahead of a summer release, the first trailer has now arrived.

Dan Schindel said in his review, “Blindspotting is a mess that is likely to lessen in your mind as soon as it’s over, even if you may be utterly absorbed in it in the moment (which I often was). A lot of it is provocation which belies a lack of a real message, or story turns that feel unearned even in the heightened context the movie establishes. But there is undeniable craft here, and an impossible-to-ignore signal that everyone involved in the project deserves attention going forward. What does work is strong, sometimes powerful.”

Collin (Daveed Diggs) must make it through his final three days of probation for a chance at a new beginning. He and his troublemaking childhood best friend, Miles (Rafael Casal), work as movers, and when Collin witnesses a police shooting, the two men’s friendship is tested as they grapple with identity and their changed realities in the rapidly-gentrifying neighborhood they grew up in.

Longtime friends and collaborators, Daveed Diggs and Rafael Casal co-wrote and star in this timely and wildly entertaining story about friendship and the intersection of race and class set against the backdrop of Oakland. Bursting with energy, style, and humor, and infused with the spirit of rap, hip hop, and spoken word, Blindspotting, boldly directed by Carlos López Estrada in his feature film debut, is a provocative hometown love letter that glistens with humanity.