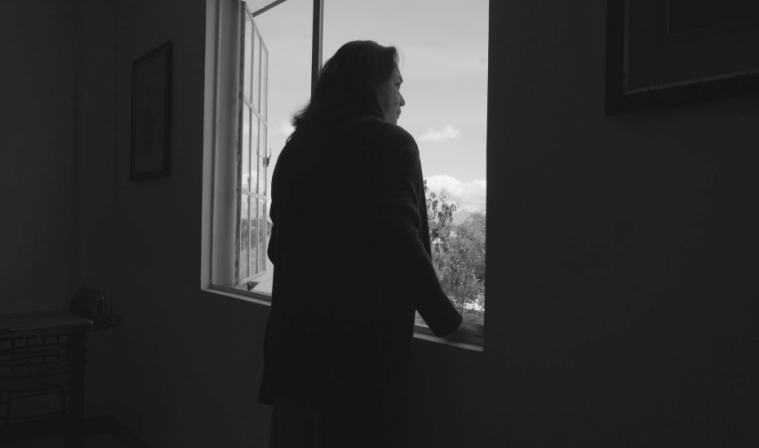 Following up his mammoth, 8-plus hour A Lullaby to the Sorrowful Mystery, which premiered at Berlin earlier this year (our review), a first teaser has been unveiled for Lav Diaz‘s next feature The Woman Who Left, which runs a measly 3 hours and 47 minutes by comparison.

The film concerns a man who has spent 30 years in prison, only to be released after someone else confesses to his alleged crime. His blissful release is tarnished when he realizes his old lover had set him up, causing a downward spiral in both of their lives.

The teaser is a wordless, black and white series of vignettes following a woman wandering and standing — and featuring a jarring cut to a kitchen that is both idiosyncratic in sequence and quite effective. See it below, along with an extended synopsis and new images.

A spiritual brother of the late, great Taiwanese filmmaker Edward Yang, Lav Diaz has dissected Filipino history with exhaustive and clinical precision, unearthing the currents that have shaped the country today. With his new film The Woman Who Left, Diaz offers an incisive study of the distance between rich and poor, past and present in this tale of a woman who has spent nearly half her life in a form of suspended animation.

Released in 1997 after spending 30 years in prison, Horacia (Charo Santos-Concio) encounters a very alien world: her husband has passed away and though she has reconnected with her daughter, she cannot find her son. But she soon recognizes what hasn’t changed: the power and privilege of the elites — a fact that is brought painfully home when she realizes that her aristocratic former lover, Rodrigo Trinidad, set her up for the crime for which she was imprisoned. Ironically, he is now something of a prisoner himself, though his cage is considerably more gilded: like his other rich friends, he is housebound due to a recent rash of kidnappings targeting the wealthy. While they are entirely irrelevant to Horacia and those she befriends, for the ruling class the kidnapping incidents represent the greatest crisis in the country’s history. Horacia takes advantage of this hysteria as she begins to plot her revenge.

Working as usual with a wide canvas, Diaz captures in even the smallest gestures the embedded histories of institutional privilege, complicity, and arrogance that have contributed to the vast disparities in present-day Filipino society. (One scene demonstrates the long collusion of the aristocracy and the Catholic clergy when Rodrigo discusses his sins with a priest who doesn’t even flinch before effectively absolving him.)

Fusing clarity with quiet rage and a masterly command of cinematic storytelling, The Woman Who Left is one of Diaz’s most moving and compassionate works to date.

The Woman Who Left screens at Venice and TIFF.