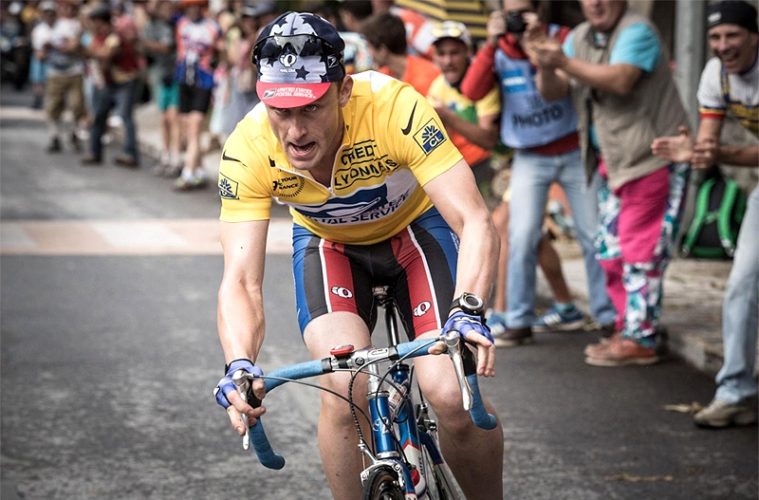 With two recent biopics centering around technological pioneers, Jobs and The Fifth Estate, failing to conjure up much interest with audiences, will Hollywood fare better on the sports side of things? They are certainly hoping, with three competing biopics taking a look at the life of cyclist Lance Armstrong. Stephen Frears’ take is first out of the gate with Ben Foster in the lead role, and today our debut look has come in from the production that recently kicked off.

Coming from a John Hodge (Trainspotting, Trance) script, the project tracks the career of the cyclist, including his bout with testicular cancer, as well as the doping charges that banned him from the sport for life. One can see Foster in the still above (via Empire), who looks to be fairly spot-on as our lead. Rounding out the cast is Chris O’Dowd as journalist David Walsh, as well as Guillaume Canet (Last Night, Tell No One) and Breaking Bad‘s Jesse Plemons. While we anticipate a fall 2014 release for the project, one can see clips and the poster from Alex Gibney‘s documentary on the athlete, The Armstrong Lie, which arrives on November 8th, directly below.