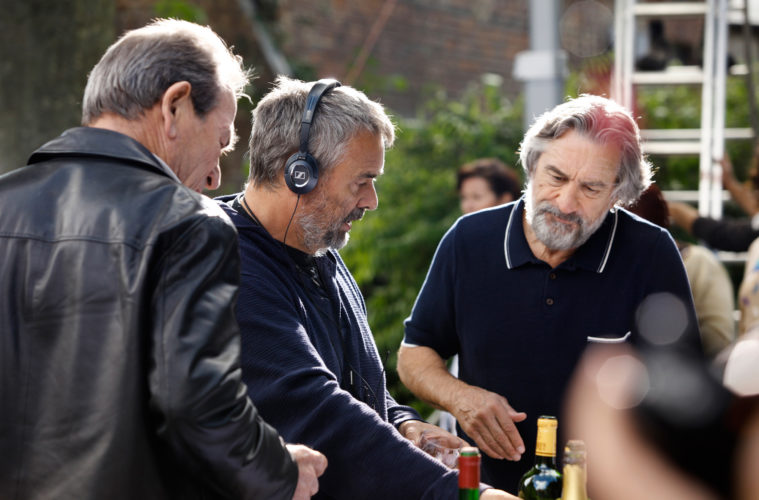 Despite the general care-free approach Robert De Niro has when picking roles as of late, a few bright spots tend to creep in every once and awhile. While the well-received Silver Linings Playbook will make a debut next month, and he’s currently wrapping up an action film with one of the genre’s strongest directors.

The film in question is Malavita, which sees the Oscar-winning actor team with Luc Besson (The Fifth Element, Leon: The Professional), along with Michelle Pfeiffer, Tommy Lee Jones, Dianna Agron and John D’Le. In a press release, the producers have revealed our first official look at the duo as they “review a scene” together, which can be seen above.

Described as “darkly comedic,” the action film follows “the story of the Manzonis, a notorious mafia family who gets relocated to Normandy, France under the witness protection program. While they do their best to fit in, old habits die hard and they soon find themselves handling things the “family” way.” With France portion of the production finishing up, a brief New York shoot will occur soon before Besson heads into post-production.

Relativity Media will release the film in 2013.

Are you looking forward to seeing De Niro in a promising action movie?