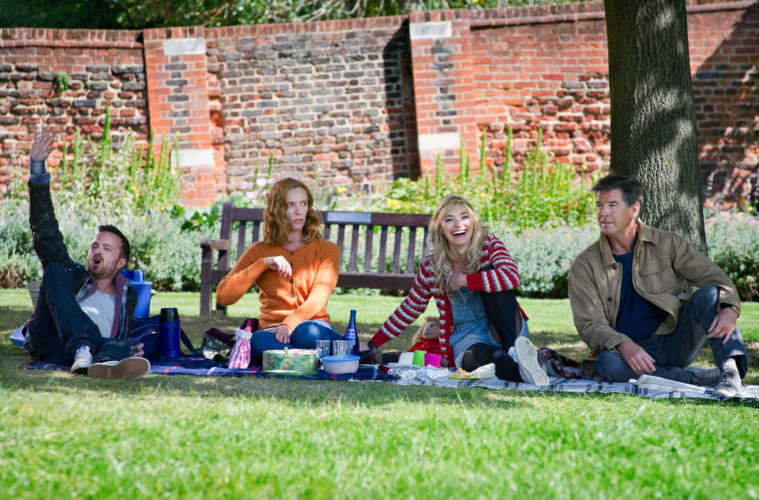 With production kicking off recently in England, we’ve got our first look at an upcoming drama from Pascal Chaumeil (Heartbreakers). Just yesterday we got word that Rosamund Pike and Sam Neill joined the cast of A Long Way Down, but today we’ve got a look at our main quarter in the Nick Hornby adaptation. Above, thanks to Cinema Teaser, one can see Pierce Brosnan, Aaron Paul, Toni Collette, and Imogen Poots seemingly enjoying some time in a park, equipped with the New Year’s Eve festivities the script calls for.

They star in the film, scripted by Jack Thorne, which follows four people — including a pizza delivery boy (Paul), talk show host (Brosnan), a teenager (Poots) and a mother of a disable child (Collette) – who inadvertently plan to jump from the same roof on New Year’s Eve, but come to bond over their mutual despair. Judging from this first look, it doesn’t look like they’ve made it to the roof yet, but that’s bound to happen anytime. We’ve been looking forward to see Paul break out into the film world after his excellent run on Breaking Bad and this sounds like a promising step in the right direction.

With shooting still set for Spain, expect a 2013 release date for this one.