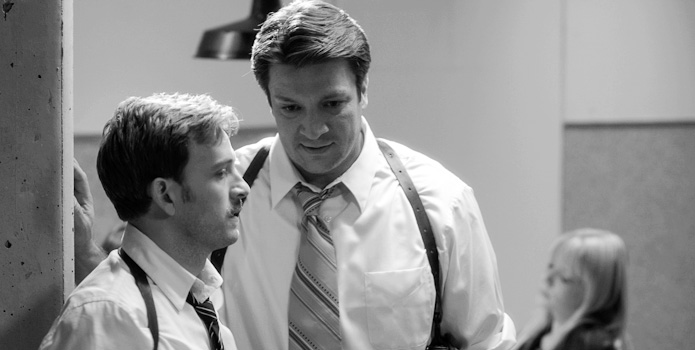 We saw Marc Webb make the major leap in scope and budget from 500 Days of Summer to The Amazing Spider-Man this year, but has any director went the other way so drastically? After directing the massive blockbuster The Avengers, Joss Whedon will test the waters for his next project, a black-and-white take on William Shakespeare‘s Much Ado About Nothing.

Bringing along his Avengers star Clark Gregg and The Cabin in the Woods female lead Amy Acker, along with frequent collaborator Nathan Fillion, Whedon shot the micro-budget film in just 12 days. He previously said this is a “love letter, to the text, to the cast, even to the house it’s shot in. All [involved are] dedicated to the idea that this story bears retelling, that this dialogue is as fresh and intoxicating as any being written, and that the joy of working on a passion project surrounded by dear friends, admired colleagues and an atmosphere of unabashed rapture far outweighs their hilariously miniature paychecks.” Check out the stills above and below for the film premiering at Toronto International Film Festival and also starring Alexis Denisof, Fran Kranz, Jillian Morgese, Sean Maher and Reed Diamond.