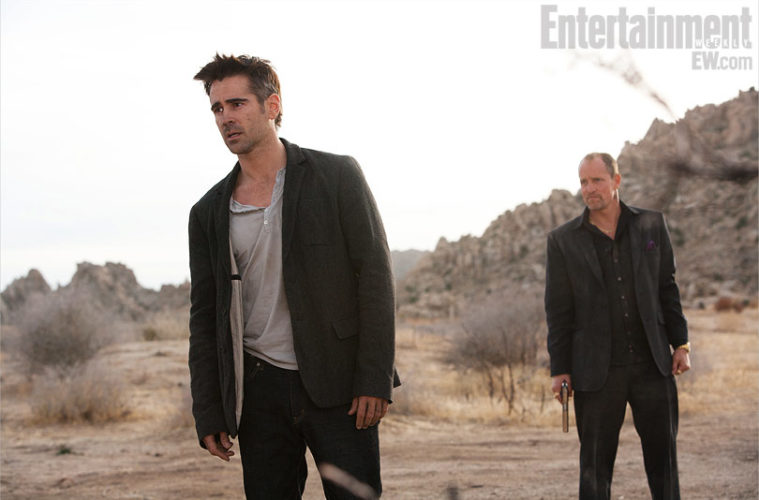 EW has our first look at the film today, which follows a screenwriter getting mixed up with a dog kidnapping plot. They have a full three pages of interview with the cast and crew which I highly recommend checking out, including previously unknown character and plot details. But for now, check out the images above and below featuring Farrell, Harrelson, Rockwell and Walken for the film McDonagh describes as having stronger comedic elements than his 2008 critical hit.