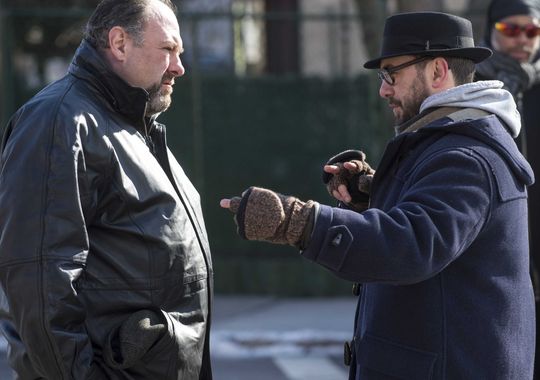 In the last year we’ve lost a great deal of talents, but few deaths were as shocking and sudden as James Gandolfini, who passed away at the age of 51 last June. While we saw him in last year’s Enough Said, giving a tender, warm performance, his last feature film will be arriving this fall. The Drop (originally titled Animal Rescue) marks the English-language debut of the Oscar-nominated director behind Bullhead, Michaël R. Roskam. Based on a short story by Dennis Lehane, the drama follows an unassuming New York bartender (Tom Hardy), one whose life is thrown asunder upon discovering a wounded dog, and today we have the first stills.

Lehane spoke with USA Today (who also debuted the first images, above and below) regarding the late actor, saying, “There are certain guys out there that are exceptionally rare who can completely feel this type of guy in their bones” and he could “speak with a sort of music of the urban experience and do it effortlessly.” We’re certainly looking forward to the results, which also features Noomi Rapace and Bullhead‘s Matthias Schoenaerts in its ensemble, and we can expect a trailer soon. Fox Searchlight will release the drama on September 19th, making for a sure-fire bet for a Toronto International Film Festival premiere. Are you looking forward to The Drop?