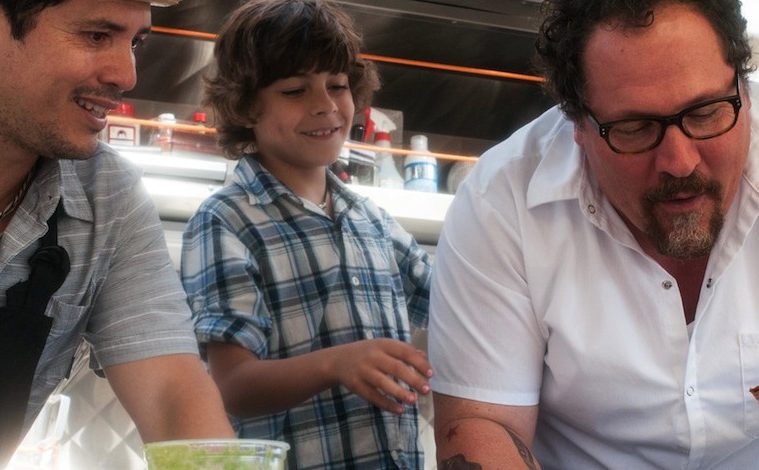 Although our minds our fully caught up in wrapping up last year and looking towards Sundance Film Festival, there will be indeed more cinema-related events in the pipeline and in the coming months the next major one is South by Southwest Film Festival. They’ve now announced their initial slate, which features their opener, Jon Favreau‘s Chef. Returning to in the indie realm, the film stars Favreau as a chef who loses his job and launches a food truck, and has a supporting cast of Sofia Vergara, Scarlett Johansson, John Leguizamo, Bobby Cannavale, Dustin Hoffman and Robert Downey Jr. Check out the first still above and the rest of the initial line-up below, also featuring Veronica Mars.

Two estranged brothers reunite to make an improbable run at a grand slam tennis tournament. The mismatched pair, with some unlikely help from a precocious 11-year-old boy, re-discover their game and their brotherhood.

When a videographer answers a Craigslist ad for a one-day job in the outer-exurbs, he finds his client is not at all what he initially seems.

As with the legendary original series, FOX’s new COSMOS is the saga of how we discovered the laws of nature and found our coordinates in space and time. The series is hosted by renowned astrophysicist Dr. Neil deGrasse Tyson and brings to life never-before-told stories of the heroic quest for knowledge, transporting viewers to new worlds and across the universe for a vision of the cosmos on the grandest — and the smallest — scale. Executive Produced by Ann Druyan, Seth MacFarlane, Brannon Braga and Mitchell Cannold.

The definitive zombie culture documentary, from the makers of The People vs. George Lucas. Doc of the Dead traces the rise and evolution of the zombie genre, its influence on pop culture, and investigates the possibility of an actual zombie outbreak.

A documentary following the final tour of the hugely successful band Swedish House Mafia. The film depicts the EDM scene at its peak as well as telling a story of friendship and success. (United Kingdom)

Years after walking away from her past as a teenage private eye, Veronica Mars gets pulled back to her hometown, an ex-boyfriend with baggage, and an unraveling murder mystery.