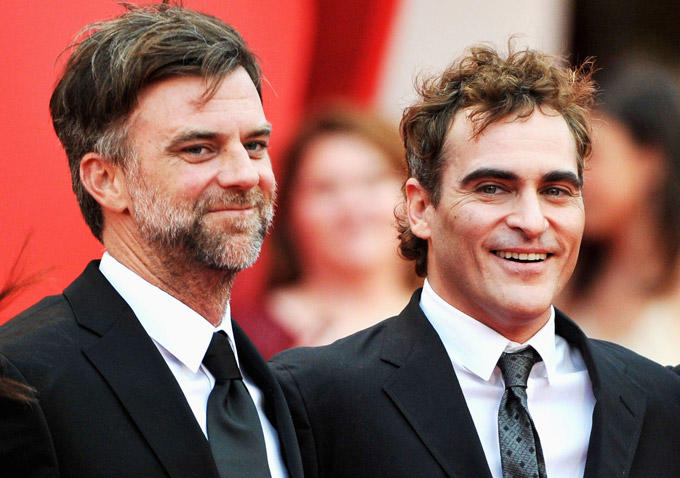 We can’t imagine it’s the way Paul Thomas Anderson intended, but the first, all-too-small photo of our most-anticipated film of the fall, Inherent Vice, has made its way online. Featured in the latest edition of EW (not online yet), one can see Joaquin Phoenix and Josh Brolin in the December-bound drama below, but that’s far from all the issue includes.

Following a new trailer, their fall preview also has an new stills from Christopher Nolan‘s Interstellar, and a tidbit that the director assembled a “fully enclosed spacecraft inspired by NASA” for the production. Providing an optimum experience for the actors, he “projected black holes and the dizzying spin of stars onto massive screens that surrounded the sets.”

We also have the first images from Ava DuVernay‘s Selma which follows Martin Luther King, Jr.’s struggle to secure voting rights for all people, culminating in the the epic march from Selma to Montgomery, Alabama. Following that, there’s a new look at Tim Burton‘s Big Eyes following the first batch of images, and a pair of contrasting cover photos from David Fincher‘s Gone Girl. So, if the August slump has you down, cheer up, because it’s shaping up to be a great fall. Gone Girl lands in October, while Interstellar arrives in November, followed by limited releases of Inherent Vice, Selma, and Big Eyes in December.

Which of the above films are you most anticipating this fall?