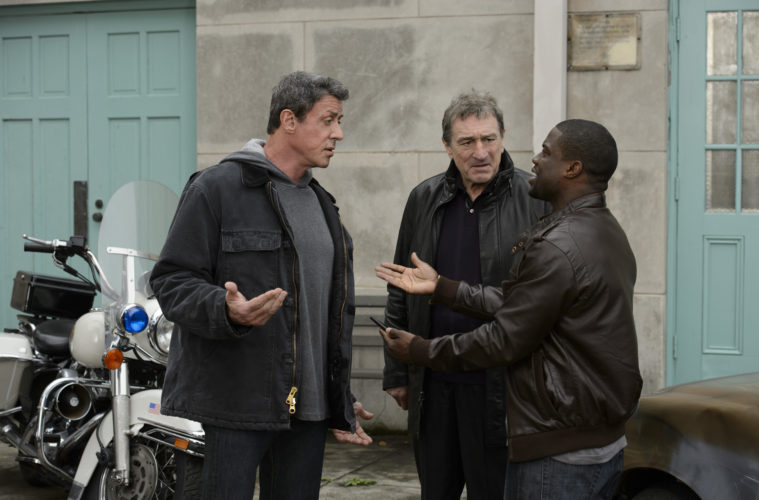 With WB teaming Rocky and Raging Bull themselves, one would imagine our first official image from their collaboration would yield a look at some sort of boxing-related event. Despite our first set photo revealing such, the debut image from the December-bound Grudge Match simply finds Robert De Niro, Sylvester Stallone and Kevin Hart arguing on the street.

Coming from Get Smart helmer Peter Segal, the film plays on their age, as it follows the duo as boxing rivals who briefly depart retirement to have one final match, fifty years after their last bout. The first look can be seen above via Cinema Teaser, but if one truly wants to feel old, they can see both De Niro and Stallone receiving Oscars for their respective boxing classics below.