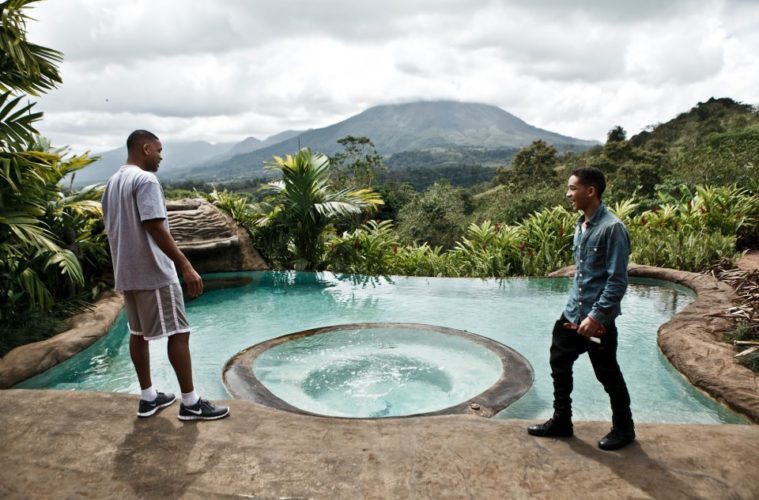 If M. Night Shyamalan‘s next film has anything to teach us, it’s to invest in Facebook stock. Although the director and cast – including Will Smith and son Jaden Smith – were absent from their Comic-Con panel, we still got some updates on the post-apocalyptic sci-fi film After Earth. Co-writer Gary Whitta (The Book of Eli) was there with some other crew to help introduce Sony’s major 2013 blockbuster, but before we get to that panel, the studio has released a viral video to give some story background.

While it doesn’t actual feature footage from the film (that will come this December with the first teaser trailer), it runs through a Facebook timeline, which goes through the events that have led to where our story begins. While Shyamalan’s last batch of films have been horrendous, I dig the concept of this one and it’s hard to complain about a major tentpole featuring heavy sci-fi. If the director can match his eye for visuals (aided by James Newton Howard‘s usually consistent score) with a decent story, this is shaping to be one of his most promising efforts. Check out both the panel and viral video below.

One thousand years after cataclysmic events forced humanity’s escape from Earth, Nova Prime has become mankind’s new home. Legendary General Cypher Raige (played by Will Smith) returns from an extended tour of duty to his estranged family, ready to be a father to his 13-year-old son, Kitai (played by Jaden Smith).

When an asteroid storm damages Cypher and Kitai’s craft, they crash-land on a now unfamiliar and dangerous Earth. As his father lies dying in the cockpit, Kitai must trek across the hostile terrain to recover their rescue beacon. His whole life, Kitai has wanted nothing more than to be a soldier like his father. Today, he gets his chance.