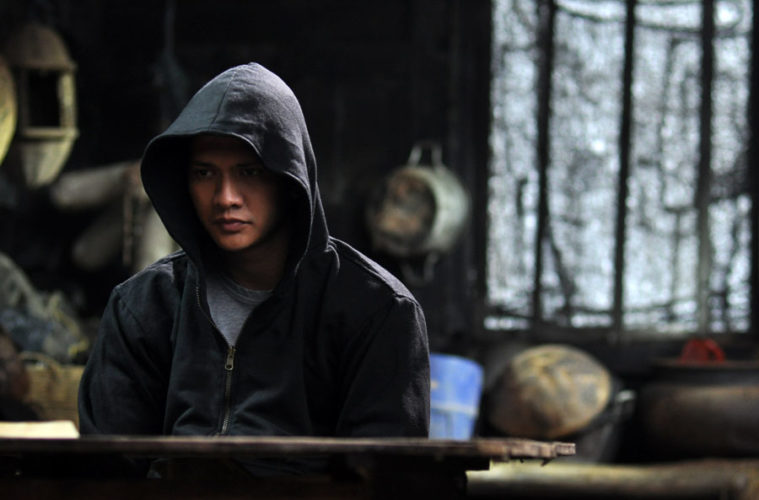 If one wanted straight-up action last year, it was difficult to find a more purely entertaining, relentless entry into the genre than Gareth Evans‘ The Raid. Entirely confined to a single building, we knew it wouldn’t be long before the Indonesian hit received a follow-up and today brings our first footage from The Raid 2: Berandal. With an expanded scope, it looks to pack the same action fans are looking forward to, even if it’s just a teaser.

Starring Iko Uwais, Arifin Putra, Alex Abad, Oka Antara, Tio Pakusadewo, Julie Estelle, Cecep Arif Rahman, Cok Simbara, Yayan Ruhian, Matsuda Ryuhei, Endo Kenichi, and Kitamura Kazuki, the film features our lead character Rama going undercover and infiltrating the ranks of a ruthless Jakarta crime syndicate in order to protect his family and uncover the corruption in his own police force. Recently picked up by Sony Pictures Classics for a U.S. release, check it out below thanks to Twitch, along with a teaser poster.