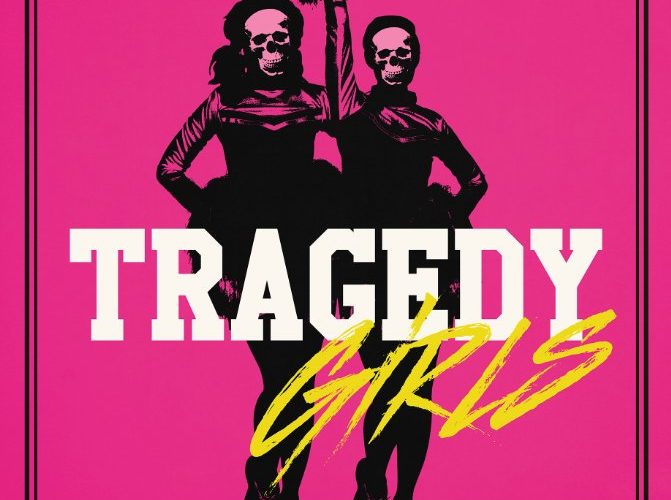 You’re a couple of horror-obsessed high school seniors living in a boring town where the most salacious thing happening is an affair between your teacher Mrs. Kent (Nicky Whelan) and fire chief Big Al (Craig Robinson). You’re vlog/Twitter account searching for gore to capture and build an online presence is frequented by one of your mothers and no one else. And you’re forced to pretend to enjoy cheerleading and prom committee if for no other reason than to stay under the radar as sweet, wholesome kids in case you decide to partake in some excitement of your own through unsavory and illegal means. You can only stay composed for so long before stalking and luring a serial killer home, right? I mean self-control doesn’t grow on trees.

This is life for McKayla Hooper (Alexandra Shipp) and Sadie Cunningham (Brianna Hildebrand), two psychopaths in the making with appetites to turn carnage into popularity. A guy like Lowell Orson Lehmann (Kevin Durand) is a bona fide celebrity to them, taking his machete around the country to slice up shorthaired girls with impunity. They aspire to be that cool — so much so that they kidnap him to enlist his expertise as a mentor. What McKayla and Sadie forget from their horror movie education is that most monsters of his ilk work solo. This means they must break him down first via torture. Since he’s therefore sidelined, why not commence their own killing spree while they wait? They could always just pin it on him if things go awry.

Does this premise sound fun? If so, Tyler MacIntyre’s Tragedy Girls is the horror comedy for you. Between the millennial satire and abuse of social media, the “good Samaritan” vigilante hoard opposite a tactful police force (led by Timothy V. Murphy’s Sheriff Welch, a man trying not to light a fire of mass hysteria despite the girls stacking kindling), and the unfortunate similarities between certain forms of manslaughter and what could be construed as an accident, MacIntyre and co-writer Chris Lee Hill (working off an original script by Justin Olson) are all about entertainment value. The whole becomes a wide-open venue for heightened caricatures and homage with enough Valley Girl snark and reality-TV charisma to let a few not-so spectacular death scene effects complement the overall irreverent tone.

We’re entertained because nothing can be taken seriously. We’re supposed hold McKayla and Sadie as protagonists despite their penchant for violence and also cheer them on while relishing the unintentionally hilarious consequences of their actions. Look at “Kay-kay’s” ex-boyfriend Toby Mitchell (Josh Hutcherson) and his penchant for talking in a faux enlightened Buddhist chill that puts his assailants in a conflicting state of mind as far as whether to push a knife in his chest or French kiss him. Then there’s Big Al — a nickname that’s not given ironically — facing off against two ninety-pound twigs that somehow don’t realize he will just toss them around like ragdolls if they get too close. Each scenario is built with intentionally disproportionate attributes to render the viscera into a punch line. Since McKayla and Sadie are the characters we pull for as far as survival is concerned, the murders are simply byproducts of their quest for infamy. We aren’t worrying about whether they will be killed because they’re the ones doing the killing. Our point of conflict is therefore whether or not their grisly videos will earn them the rubbernecking they deserve. Homicide is hard work and these girls want to see it pay dividends. So our anger rises when the Sheriff dismisses what’s happening as bad luck with nothing to worry about. Our blood boils along with theirs because this town is too busy listening to authority figures when two teens with keen fashion sense have a story with a lot more intrigue to glom onto for thrills.

Eventually we do have to worry about well-being since common sense dictates Lowell will escape and nice guy Jordan (Jack Quaid) will win Sadie over with his puppy love, but even that transition into the third act continues to deliver laughs rather than a serious infusion of emotion films usually possess when their goal isn’t perpetual subversion. Your only mistake while watching Tragedy Girls will be to think MacIntyre and company are easing off the gas to force feed some underlying message beneath the calculated machinations of killers. Whenever something happens that makes you wonder if now’s the time the gimmick disappears, know that the filmmakers have your back and will deliver on their premise of absolute sociopathic delight. Death sells and this duo wants to get paid.

A lot of great laughs come from the supporting cast (Hutcherson’s parody of brooding stud, Robinson’s indifference to smashing mirrors with children, and Durand’s unhinged maniac who constantly underestimates just how sadistic his captors are will have you laughing in the aisles), but it’s Shipp and Hildebrand who carry the weight of each scene since the comedy comes from their reactions or others’ reactions to what they’re doing. The roles are a stark contrast to the last time I’ve seen them act (as stoically dramatic X-Men: Storm in Apocalypse and Negasonic Teenage Warhead in Deadpool respectively), but that just adds to their success. They are simultaneously bubbly and viciously evil. Giddy is their constant state whether sitting in class and checking the internet or mercilessly cutting someone’s throat.

You have to give everyone involved credit for going all-in as far as millennial desires projected onto a path of destruction rather than attention. The notion of periphery celebrity, artificial façades separating public and private faces, and the catty no-holds-barred drive to be the best are ratcheted up so that the satire is as blatantly over-the-top, biting, and contagious as other high school-set comedy greats like Election. It doesn’t quite reach the heights of that example, but I’d be surprised if even MacIntyre intended to try. He’s instead ensured that what we see is relatable, ostentatious, and enjoyable enough to earn replay value. And with two “too cool” mean girls devoid of remorse or relevant attachments that are brimming with a penchant for decapitation, how could it not?