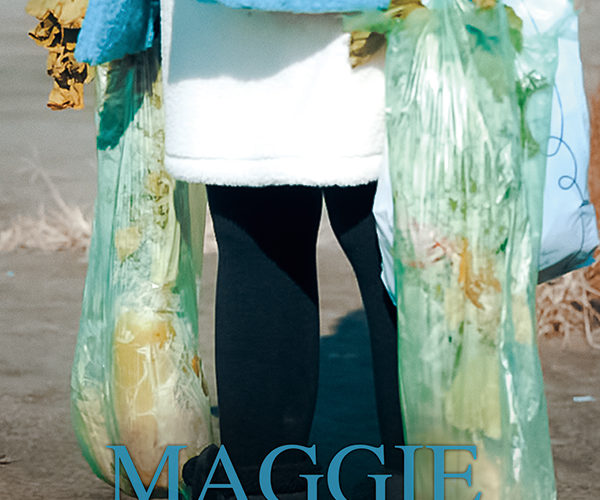 Fantasia Review: In ‘Maggie,’ a Catfish Renders the Mundane Exciting

How would a movie narrated by a catfish feel? While the animal probably has a good view of what’s going on, would it understand? And when people use it as a stand-in for their conscience—knowing (yet not wanting to accept) the voice responding was still his/her own—would it retain the context of what it had heard? This fish would be an objective third party observer trying to parse the world around it through those few kind souls that pay it the time of day. For Maggie this entails a jumbled experience of those patients who are her roommates, the doctors and nurses roaming the halls of Love of Maria hospital, and any significant others who may visit and or be brought up during those aforementioned “heart-to-hearts.” First-time feature writer/director Ok-seop Yi gives Maggie an eccentric menagerie with which to learn about humanity and create her own philosophies based on the emotional turmoil, far-fetched fantasies, and bald-faced lies overheard. The wildest thing she’s privy to is talk of the hospital X-ray room being a revolving door of sexual deviancy thank in part to the fact Love of Maria never seems to have more than four non-critical visitors at any one time. And since there’s nothing like secret sex underneath your superiors’ noses to show how far people will go to hide their shame, it provides Maggie an anthropological treasure trove of drama. While you’d assume X-ray evidence of genitals mid-thrust would embarrass the guilty party into revealing themselves, what happens when everyone thinks it’s them?

The answer is an empty building save two: brave nurse Yoon-young Yeo (Joo-young Lee) who refuses to hide despite knowing she and boyfriend Sung-won (co-writer Gyo-hwan Koo) are guilty and hospital vice president Dr. Kyung-jin Lee (So-ri Moon) who doesn’t see the big deal about the X-ray room being a petri dish of bodily fluids. The rest are “ill” since nobody dares show their faces in case the person who snapped the “photo” (the X-ray button is outside the room and therefore couldn’t go off accidentally during the act itself) tells everyone their identity. That cowardice eats away at both women until they decide to play a game of trust. If they ambush a colleague at home and discover they’re really sick, everyone earns the benefit of the doubt. How far does that benefit extend, though? Must they now start believing everything that everyone says at all times? It’s a theory that’s put to the test when a man arrives covered in blood because of a gunshot wound after peeling an apple and yet again when Maggie herself jumps high enough to block out the moon in what her owner describes as a display of prophetic warning that an earthquake is imminent. Suddenly everyone starts believing the most idiotic things due to their own bouts with superstition, gullibility, and willful ignorance. And with that comes an actual tectonic disturbance in the form of unexplained sinkholes popping up all around the city. Here are literal holes being filled by those with figurative holes growing larger after every lie.

That main trio aren’t immune either as Yoon-young must confront the reality that Sung-won’s ex-girlfriend admits he beat her, he must tip-toe around losing the ring she gave him while withstanding a co-worker he suspects stole it, and Dr. Lee must worry about the morality of exploiting a humanitarian mission for the hospital’s latest ad campaign to drive patients their way. Little white fibs begin to spiral and today’s revelations start to push away past transgressions as confidence replaces truth. Knee-jerk reactions supplant careful investigation and details learned end up helping each person jump to wrong conclusions that only make matters worse. Eventually the sinkholes providing paychecks turn around to consume those undeserving of forgiveness. Or has Maggie the catfish simply been sharing her own wildly imaginative embellishments? This is the question looming largest since Yoon-young isn’t our narrator despite being the lead. Because Maggie holds that role regardless of never really being present when things happen, you must take what we see with a grain of salt. People use hyperbole to entertain, but that exaggeration has a tendency to become history without a second source to correct it. So maybe it’s Yoon-young’s incredulity about Dr. Lee’s desire for physical fitness that has Maggie pretending the employees must vault off a springboard to punch in and out each day. It’s the fish that imagines Sung-won’s white gold ring in the sky as though a loving moon shining down upon him and thus leaving him in darkness without. Ok-seop Yi uses Maggie to render the mundane exciting.