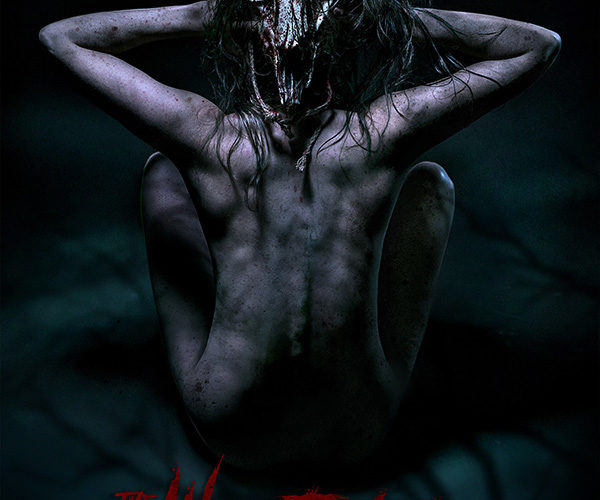 Fantasia Review: Body Count and Identity Have No Limits in ‘The Wretched’

A witch that feeds on forgotten children has taken hold of a sleepy lakeside village in Michigan. It’s because its victims are “forgotten,” however, that nobody ever seems to notice. Not only do the adults assist it by either providing themselves as vessel (it steps into the skin of women) or servant (men are turned to drones with a whisper), they have no reason to fight back since what they would be fighting for no longer exists to them. Maybe this “dark mother” will infiltrate a target’s home and steal away control from within or perhaps it will lure in unsuspecting bystanders who still remember and thus have become liabilities. We can never know how long it’s been happening and ultimately must assume it’s never stopped.

As a result, writers/directors Brett and Drew T. Pierce don’t have to pretend this supernatural creature isn’t real. They can begin The Wretched thirty-five years in the past by showing us exactly how it ensnares and destroys its prize without any subterfuge or distraction. It quite literally eats a child before readying for a second course, proving its physical power to us even if we’re still uncertain as to the more nuanced psychological terror it also wields. To then witness a present-day Ben (John-Paul Howard) struggling for air with head held underwater means whatever trouble he’s in probably stems from that same source. And with a quick rewind of five days—his arrival at Dad’s (Jamison Jones’ Liam) home—we realize we’re about to find out for sure.

What’s interesting about the film’s progression is that the nightmare isn’t happening to Ben’s family. He’s merely a bystander watching the strange activities unfold next door. First it’s the scratching of an animal leading him to his neighbor’s porch. Then it’s their young boy (Blane Crockarell’s Dillon) turning up in Ben’s room announced, deathly afraid of his mother (Zarah Mahler’s Abbie). And finally it’s Dillion’s father (Kevin Bigley’s Ty) acting like a zombie, more perimeter guard than human being. As soon as anyone else confronts these issues, though, everything quickly reverts to normalcy. Ben is literally the only person who senses something amiss while his being an unreliable source (a drug incident that forced his mother to send him here looms large) ensures he’s on an island alone.

Between his parents’ impending divorce, Liam’s new girlfriend (Azie Tesfai’s Sara), and the entitled rich kids making his life a living hell, Ben has but one solace: Mallory (Piper Curda). Even she can’t help but give her new friend a skeptical glance when he mentions witches (an ominously prevalent upside “A” engraving igniting his Google search). Having a great sense of humor, she often provokes him and his neighbors to revel in the impending drama too. What we know and she doesn’t, however, is that Ben’s telling the truth. We saw this creature kill already and witnessed its path into Sara and Ty’s home. The question then becomes a matter of who’s next? Who will it hurt to quiet Ben and what will he do to stop it?

This course of plotting is effective because it makes him out to be an amateur sleuth we can therefore use as our entry point into the story. Rather than fear for his wellbeing, we align ourselves with his curiosity to solve the mystery surrounding him and accept the helplessness of his situation as someone who isn’t in a position to afford the benefit of the doubt. So when Mallory’s little sister becomes a target, we know he has no one to turn towards for help. And even if he could, the thing running amok could easily turn them to its side (if it hadn’t already). This witch has been untouchable for decades if not millennia and no untrustworthy teenager is going to succeed where thousands have unknowingly failed.

That the Pierce Brothers are unafraid to lean on this realization is The Wretched‘s greatest asset. Instead of trying to build a franchise, their intention is to tell a standalone story wherein body count and identity have no limits. Letting their malignant force destroy life in scene one provides the latitude to never ease off the gas. If a kid disappears? Assume he/she is gone forever. If the witch borrows a woman’s body? Assume anyone near her has already forgotten any child they’ve ever loved. Because beyond the creature effects and inevitable confrontation between Ben and this demon lies the reality that our protagonist isn’t the only piece we can’t trust. If the filmmakers can force their characters to forget, why not make us forget too?

How they execute this layer of intrigue leaves a bit to be desired since the in-film timeline and our own aren’t identical and thus can’t both be rendered airtight without tipping their hand completely, but there’s a lot that the Pierce Brothers do to ensure everything makes coherent sense throughout. This isn’t a simple monster movie that ignores the more complex details of its mythology. So don’t get discouraged when things begin to feel generic in their Rear Window meets Invasion of the Body Snatchers way. We need that level of familiarity to distract from the underlying ramifications of what’s happening. If the antagonist is letting someone like Ben see beneath the veil it has held shut for so long, something else must be going on.

It’s therefore nice that we’re not dealing with people we’re supposed to intrinsically like. Ben isn’t a saint (he tries to steal from a convenience store shortly after we’re introduced to him) and does himself no favors when it comes to building good will with his father or Mallory. This penchant for self-destruction that we all have is exactly what this witch banks on because it creates an extra barrier in front of its very visible actions. It knows how to manipulate the people around it to get what it wants. That’s what’s scarier than seeing Mahler contort with a stutter while staring at us with dead eyes. It barely has to lift a finger until feeding time and no one will know when or if it does.

The Wretched is now playing the Fantasia International Film Festival.